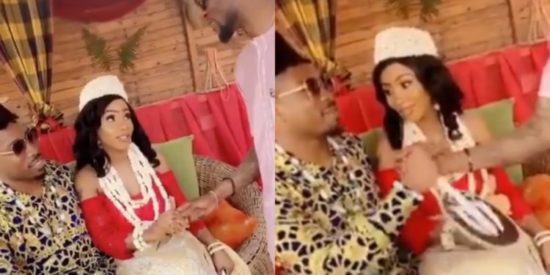 Another Big Brother Naija union has been recorded and it’s none other than the ‘pepper dem’ housemates, Ike Onyema and Mercy Eke.

The footage from the supposed traditional wedding ceremony was posted by their fellow housemate, Omashola, where the couple can be seen decked out in traditional regalia.

Omashola also congratulates them for their wedding, whilst Ike boldly says ‘I’m a married man now,”

Check out the video released by Omashola below…

Buy your Spotify playlists on Bandcamp with this simple tool

Chance the Rapper says Jeremih will be released from hospital tomorrow