The businessman and his daughters are currently on holiday. Yesterday, Cuppy shared a video on her Instagram page showing herself and her dad having some Ice cream.

According to Cuppy, they travelled to Italy for a day just to have the Ice Cream. Otedola corrected her saying one hour.

Checkout the video below:

The comments under the post are quite hilarious. Some of them in anger have blocked Cuppy as they place a permanent curse on poverty.

See Screenshot of reactions below:- 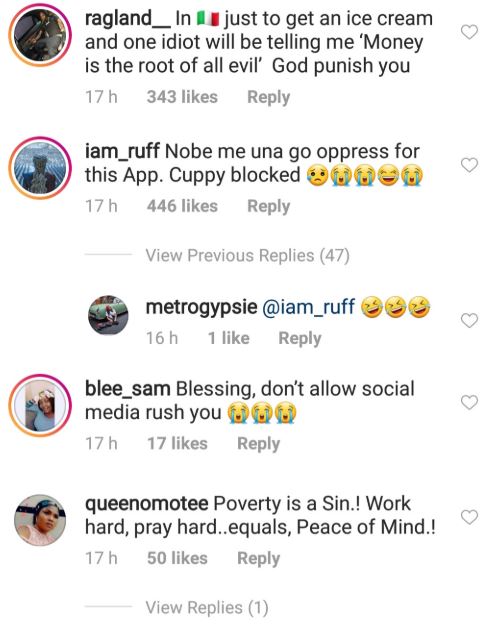 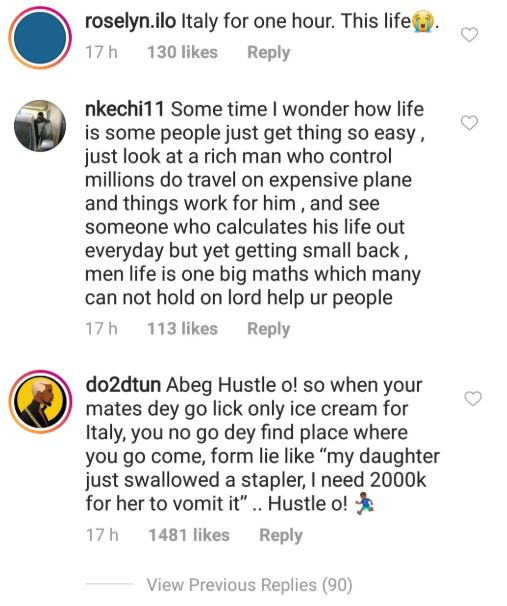 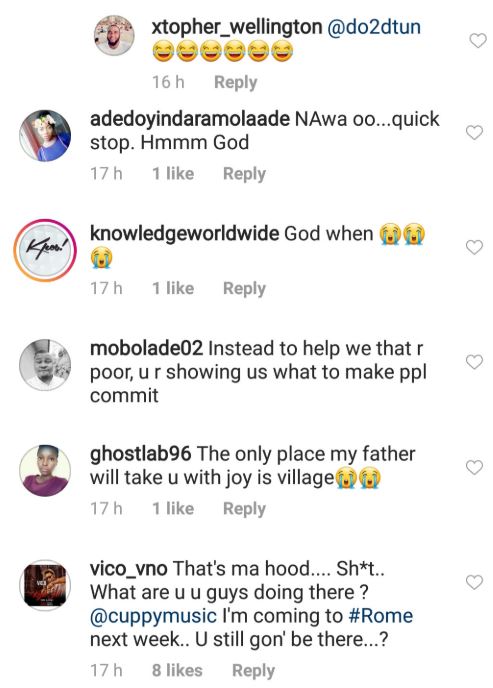 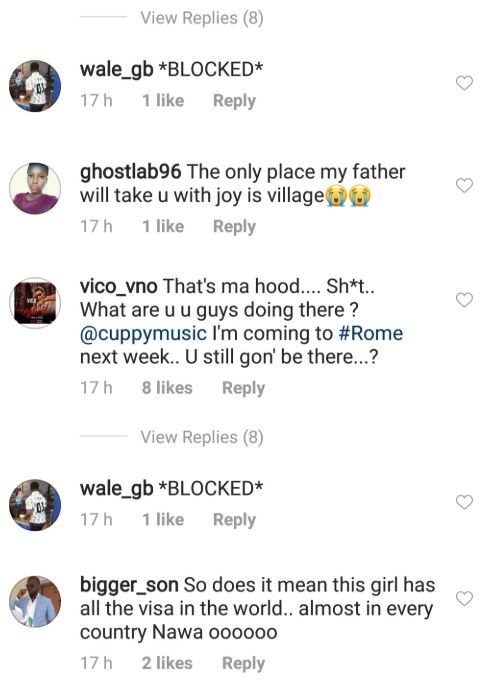 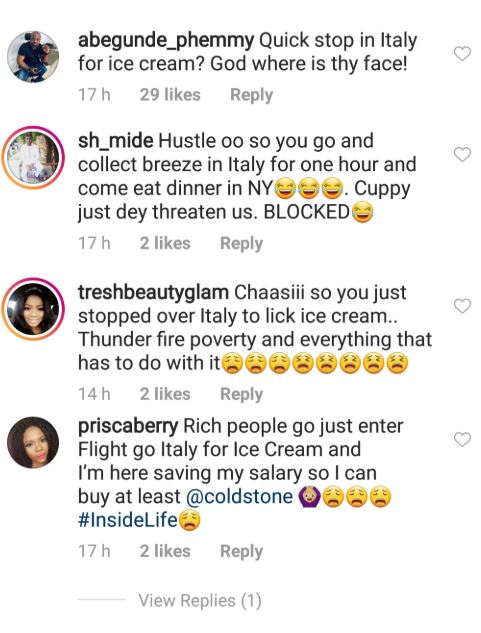 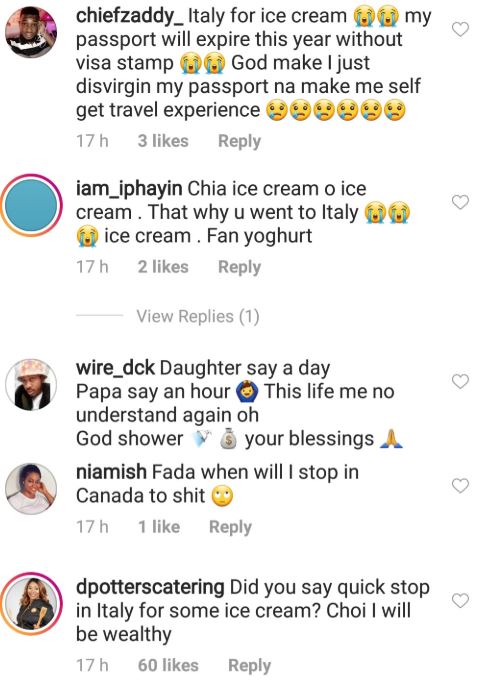