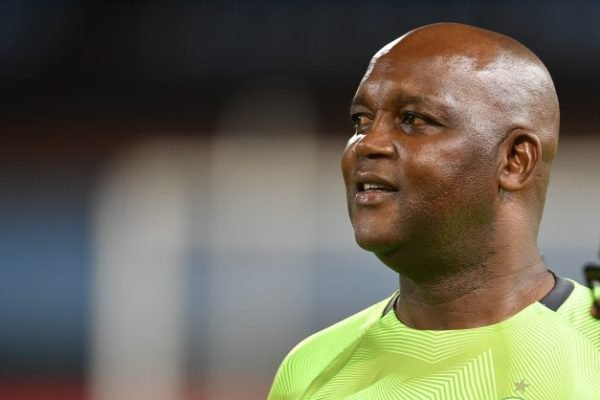 Sundowns won their match against Free State Stars which relegated them to the GladAfrica Championship while Pirates also won with a 3-0 victory against Polokwane City.

Mosimane disclosed that he was not satisfied with the line-up that Rise and Shine used on the last day of the season against Pirates and it made it easier for Bucs to score three goals in just 40 minutes into the match.

“We have to do it for ourselves. Never ask a favour from anybody because I don’t trust the last matches, I have got enough experience to know what happened in the last match,” he added.

With that in mind, “Jingles” said he doesn’t trust Baroka will do Kaizer Chiefs a favour and insisted that they need to complete the job themselves as they are on level points with the Glamour Boys heading into the last matches of the Absa Premiership 2019/2020 season.

“You can ever say never in football, we know how football is. Last season when we played Free State Stars, I never imagined them getting dropped but they are ones who got dropped and we know what happened last season when we were fighting for the league with Pirates. Polokwane City were 3-0 down in 40 minutes, so we know these things in football.”

The post Mosimane not banking on Baroka to do Sundowns a favour against Chiefs appeared first on illuminaija.