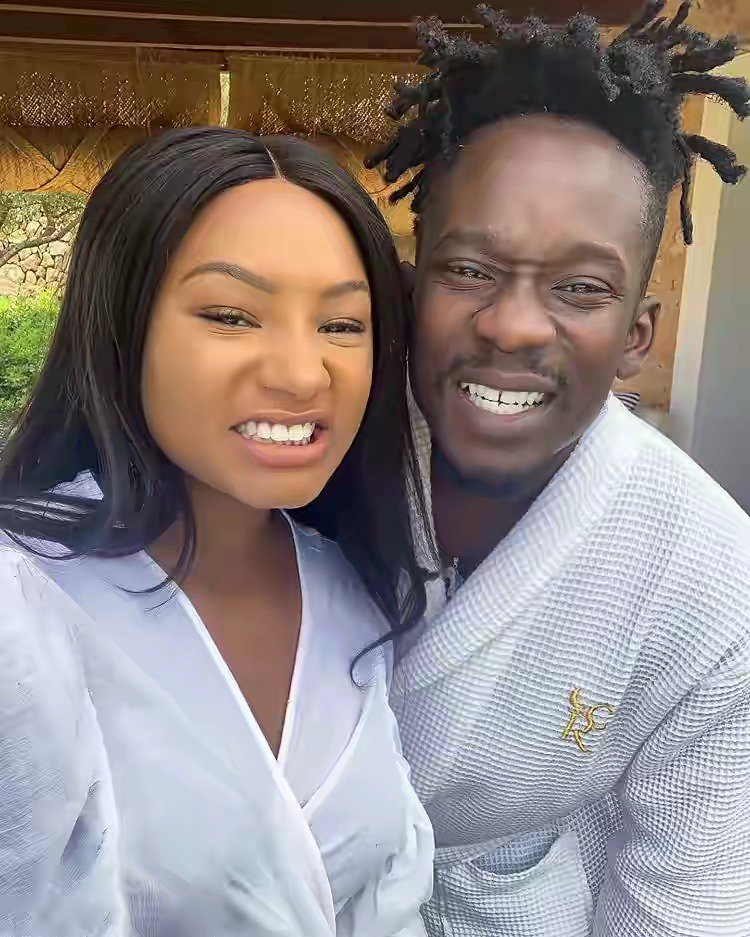 Popular Nigerian singer Oluwatosin Ajibade, better known by his stage name Mr Eazi, has taken to social media to share a hint about marriage. The singer hinted that he might be next in line for marriage.

Mr Eazi had taken to the popular micro-blogging platform, Twitter, to share a photo of himself at a wedding. In the photo, he was seen after he caught a wedding bouquet.

The singer tweeted about being the next in line for marriage. He said: “E be like say na me be the next on the line.” 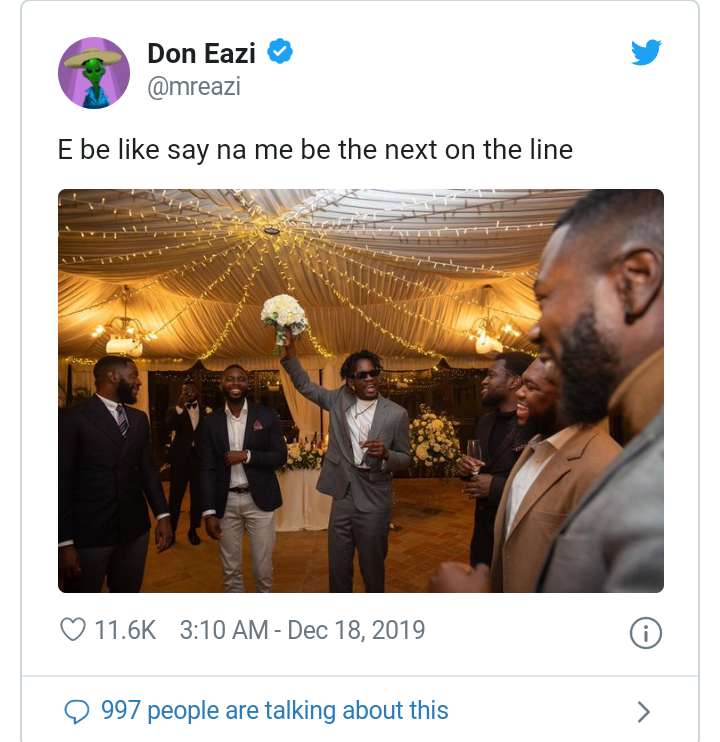 In a tweet, the singer’s girlfriend and daughter of billionaire, Temi Otedola, reacted to his post. The tweet basically suggested that she saw what he tweeted. 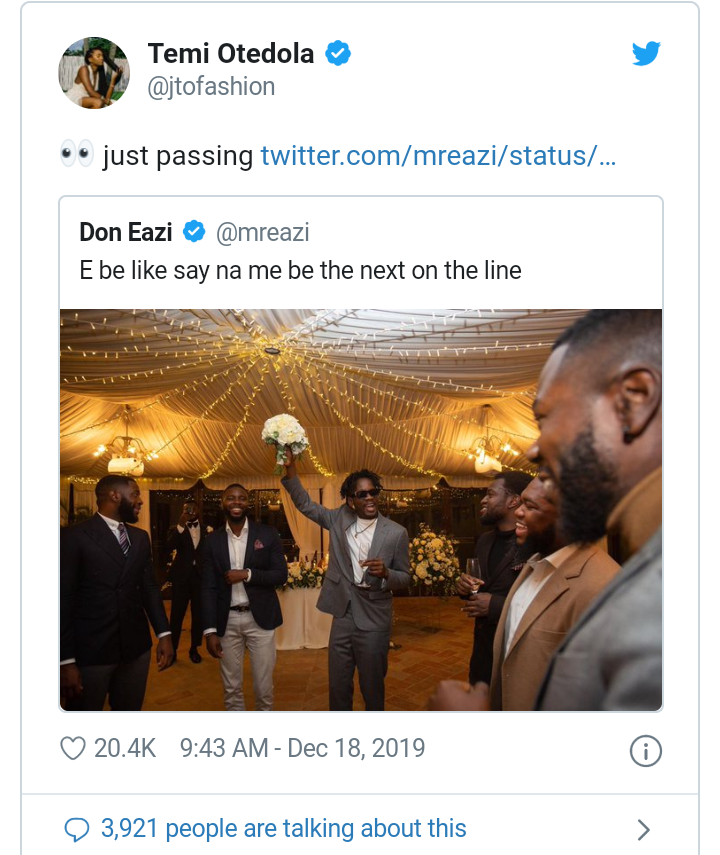 Their relationship always gets people talking, it could be someone supporting their love or people throwing different jabs at them for dating. People often joke on social media about how Mr Eazi is dating a billionaire’s daughter just for the money and fame.