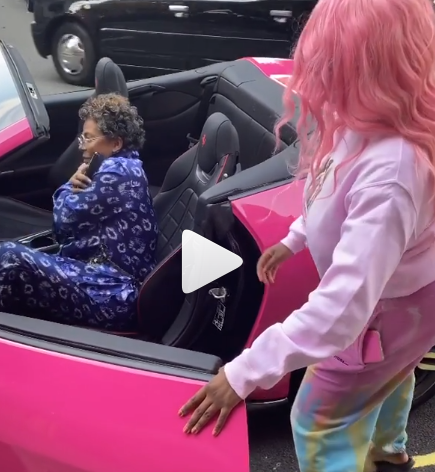 Billionaire daughter Dj Cuppy was seen in a recent video calmig her mum down as she was about to give her mum a first ride in her new Ferrari car on the streets of London.

Dj Cuppy has already given her dad Femo Otedola the first treat by taking him on a ride last week and she decided it is finally time to give her mother the same treat.

She took to her Instagram page to share a video of herself cruising in her car and wrote: Took Mama Cups for her first ride in my Ferrari today!

Her mother looked excited as she sat comfortably in the car as they drove around.

Took Mama Cups for her first ride in my Ferrari today!

The post Nana Otedola shivering as DJ Cuppy takes her on a ride in her new Ferarri (Video) appeared first on .