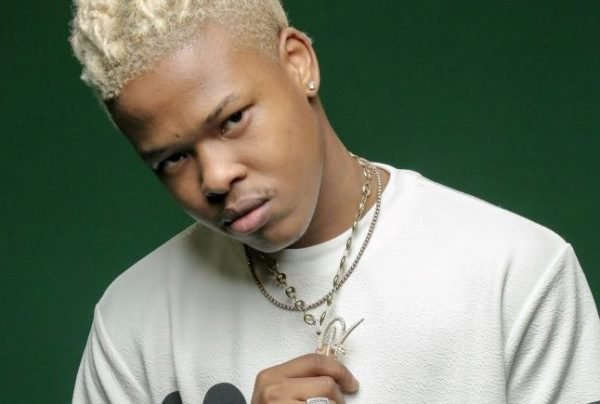 Nasty C is under fire for body shaming Thickleeyonce.

This is following a statement made by the singer in one of his songs in his album, Zulu Man With Some Power stating that his clothing are round like the influencer, Thickleeyonce.

In his song, he said: “My shirt like Thickleeyonce, it’s all rounded,”

Well, her die-hard fan felt it was really offensive to say such word to their favorite while some felt he was just making a shout out to her.

“Why do I feel it’s more like body shaming than a S/O? Or because it’s a song of a well known rapper it’s all cool? Enlighten me,” a fan stated.

In order to clarify things, Thickleeyonce  herself came out to say that Nasty C had earlier contacted her months before and when he told her about what his intention was, she told him to go ahead and she is cool with it.

According to her, she was really excited that someone like Nasty C would want to do something like that with her name.

“He literally just means that his pockets are as chubby as me. Also, he reached out to me before he put it on the song, he asked if I didn’t mind & I told him I was hella cool with it, I’m not offended by calling me fat, I’m offended by people shaming me for being fat.

“Nasty C dm’d me months back about this, I was hella excited! Lol y’all must not bore me,”  she responded.

YOU MAY ALSO LIKE  Korede Bello Speaks On Comments Made By Former Petroleum Minister, Allison Diezani On “Yahoo Yahoo” Boys

The post Nasty C dragged out for body-shaming Thickleeyonce appeared first on illuminaija.