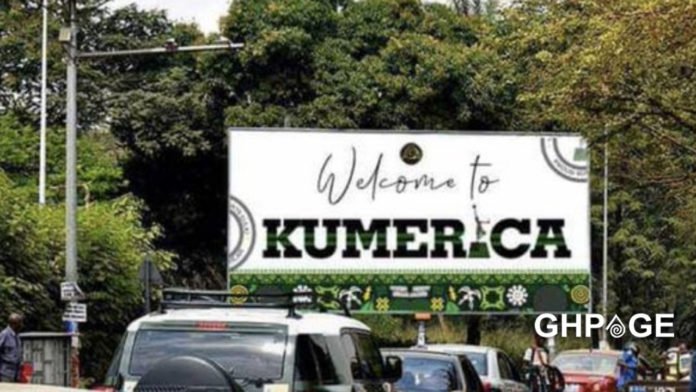 The Kumerica craze is still catching fire each passing day on social media.

Some days past, social media got awashed with the passport of the new ‘country’ with some celebrities even sharing photos on their timeline to say they have acquired their passport.

The United States of Kumerica has released her national pledge. The pledge which was recited by a lady is just so funny and interesting.

A portion of the proposed national pledge reads:

“As a royal Kumerican, I will be a good citizen and a responsible follower of Okomfo Anokye. I pledge myself to the service of Kumerica with all my drip and with all my swag.

Our heritage will for us through the boldness of our ancestors and I pledge myself to uphold and defend the good name of Kumerica so help me Twedeapon…Piawww.”

The people of Kumerica are not taking things slow at all.

John Mahama sprays money as he cruise around Berekum