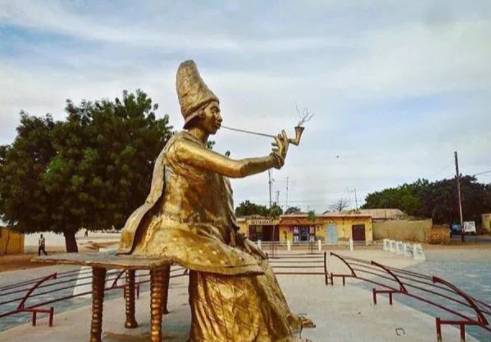 Located in what is now Senegal and parts of Mauritania, the Waalo kingdom was one of the strongest and oldest kingdoms in Senegal existing since the 11th century. Before the invasion of the Arabs, the people practised the matrilineal system which gave women equal rights and privileges as men.

On October 1, 1846, Princess Ndaté Yalla Mbodj became Queen of the Waalo (Wolof) Kingdom after the death of her older sister Queen Ndjeumbeut Mbodj who had ruled since she was a teenager after the death of their father King Amar Fatim Borso Mbodj.

Although her ascension to the throne was easy, her rule fast became a tireless one in her determination to preserve what was left of the kingdom while protecting her people from the Moors, French and Arabs who wanted to take their lands and totally colonize the kingdom. Despite being an overwhelming task, Queen Ndaté was able to lead her military into war.

Her first major and successful task as a Queen was in 1876 when she opposed the free passage of the Sarakolé people by sending a letter to the governor expressing her willingness to defend the respect of her sovereignty. 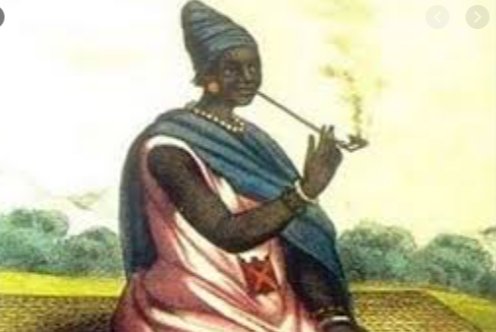 According to Afrolegends, part of the letter read: “We guarantee and control the passage of cattle in our country and we will not accept it the other way. Each leader governs his country as he pleases”.

By the 1850s, the Moors had started to encroach the Waalo Kingdom which deeply angered the Queen. Aside from this, the French were also taking control over trade and systems in the Kingdoms which caused several locals and sub-chiefs to lose their power. The French were a strong force led by

Louis Faidherbe who later became the governor of Saint Louis after they took total control of the kingdom and renamed it. 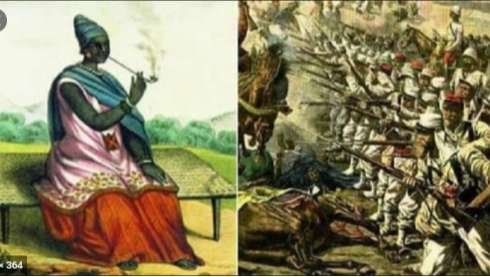 In 1855, Queen Ndaté was faced with a French army of over 1500 men who planned to take over her Kingdom, dethrone her and colonize the Waalo which would make them have total control over Senegal.

Before then, the Queen had led several successful battles against both the Moors and the French and although her army made up of both males and females was small, the Queen led them against the French.

Before going to war, the Queen gave a famous speech to her army saying: “Today, we are invaded by the conquerors. Our army is in disarray. The tiedos of the Waalo, as brave warriors as they are, have almost all fallen under the enemy’s bullets.

The invader is stronger than us, I know, but should we abandon the Waalo to foreign hands?” “This country is mine alone!”

The Queen’s brave army was no match to the French and she lost the first battle. She led her army to sneak up on the French and defeat them thereby starting the Senegal War of Resistance which continued way into the 20th century.

Queen Ndaté was able to fight off the Moors and Arabs and her battles led to the creation of Senegambia. She was captured by the French and exiled into the north of Senegal in Ndimb where she remained until she died in 1860.

Although by the time of her exile the Kingdom was in ruins, her son, Sidya Leon Diop took over the throne and continued the war until he too was captured and exiled in Gabon in 1878.

To date, Queen Ndaté Yalla Mbodj remains a symbol of resistance in Senegal. A statue of the Queen can be found in Dagana, in north Senegal that was made in her honor.

The post Ndaté Yalla Mbodj: Last Queen Of Senegal Who Fought Off Slave Masters For Freedom appeared first on illuminaija.