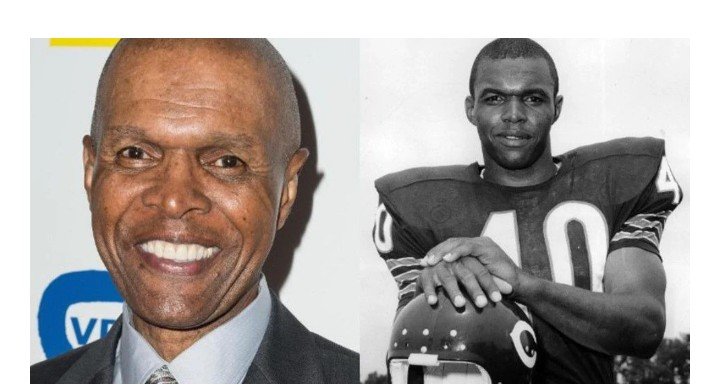 NFL legend,  Gale Sayers, has died at the age of 77 after a long battle with dementia.

Sayers, who was well-known for his seven seasons with the Chicago Bears, which helped him become the youngest player ever inducted into the Hall of Fame, passed away on Wednesday morning.

NFL Commissioner, Roger Goodell announced his death in a statement.

“The NFL family lost a true friend today with the passing of Gale Sayers. Gale was one of the finest men in NFL history and one of the game’s most exciting players.”

“Gale was an electrifying and elusive runner who thrilled fans every time he touched the ball,” added Goodell, noting that “we will also forever remember Gale for his inspiration and kindness.”

He was diagnosed in 2012 with dementia, according to his wife, Ardythe, who confirmed Sayers’ illness in 2017.

At 34, Sayers who set an NFL record with 22 touchdowns as a rookie in 1965 when he joined the Bears as the No. 4 overall pick, became the youngest player ever inducted into the Hall of Fame in 1977.

In his first five seasons, Sayers made four Pro Bowl appearances and was a first-team All-Pro five times.

Sayers, nicknamed the “Kansas Comet” during his college days at the University of Kansas, played in 68 games before his short seven-season career was cut short by injuries to both knees.

YOU MAY ALSO LIKE  Nigeria achieved no result with border closure, says Shehu Sani