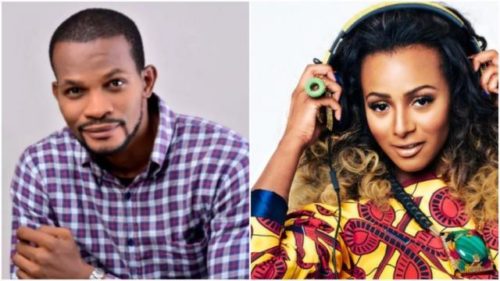 Sometime last year, he publicly asked for the singer’s hand in marriage calling the only jewel in his eyes. He also revealed that he would anything to win her heart even if it meant washing her panties. He was totally rejected by her as his declaration of love was ignored. Apparaneltyu, Uche seems to have moved on and is now regretting his actions.

He took to his social media page to express regret stating he would rather be with a wife material like ex-Big Brother housemate, Tacha. He explained that someone like Cuppy who has never “smelled” before would never understand what majority of Nigerians are going through. He further buttressed his pint stating that Tacha, unlike doesn’t have a billionaire dad would know the difference between the rich and wealthy.

YOU MAY ALSO LIKE  NL PREDICT!!! The 2 Winners Who Predicted “Real Madrid vs Atletico Madrid” (Correct Score) Has Been Paid

In his words,  I regret asking @cuppymusic for #marriage on social media all I needed was a #wife material like Tacha… My only regret in 2019 is asking #Cuppy to #marry me on #instagram.All my fans in #London, #Ghana, and even #Naija told me that i should look for #beautiful girls like #BBnaija Tacha, but i never listened to them.

A girl that has never smell lack can not understand what the majority of Nigerians are going through on a daily basis, even if she sings about it from now till tomorrow, can someone give what they don’t have through experience? Girls like #Tacha don’t have a billionaire #father, so you will never hear them trying to make a difference between being rich and wealthy, thats because they are wise enough to know that God is the giver of wealth, and that being born with a silver spoon does not make others inferior spiritually.