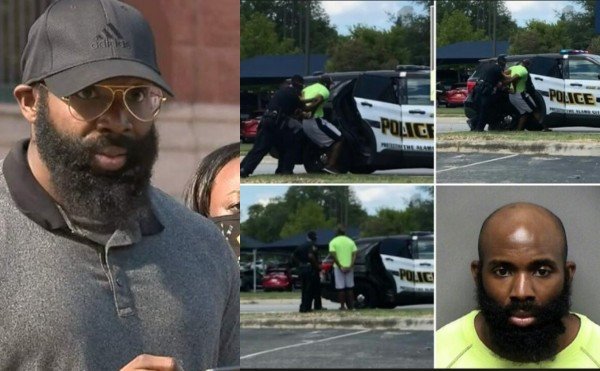 Mathias Ometu, the 33-year-old Nigerian-born American man who was arrested while jogging, made his first public appearance on Wednesday September 2.

The USAA employee was arrested on August 25 after police stopped him for “fitting the description” of a family violence suspect they were looking for, even though the victim’s description differed from Ometu’s physical profile according to a body camera footage released on Tuesday September 1.

Recounting his ordeal, Ometu said he was jogging near Interstate 10 and Woodstone Drive in San Antonio, Texas when he noticed a police car slow down by him before speeding past him and turning back around toward him.

“jogging while black” speaks. Ometu who was arrested in a case of mistaken identity, said his name is still not cleared as punishment for invoking his rights (check previous post)

He disclosed that he felt targeted by the police who were looking for Darren Smith Jr., who was arrested on an unrelated robbery warrant on Friday. Smith has not been charged in connection with the family violence incident. When police told Ometu they wanted to take him to the apartment complex so the victim would identify him as the suspect, he persisted on remaining where he is.

“Once those doors close on you, you never know when they’re going to open again.”

In the bodycam footage officers ask why he won’t give them his information.

‘Because I’m working out and you’re bothering me. I’m being bothered on a (expletive) normal run,’ Ometu added.

When an officer explains Ometu matches the description of a domestic violence suspect, Ometu said: ‘I don’t care what description. I just want to do my damn run.’

‘Alright then you’re gonna be detained right now for being a suspect of family violence until I figure out who you are,’ the arresting officer says, putting Ometu in handcuffs.

Ometu kicked officers when they handcuffed him and attempted to put him into a patrol car, according to the officers.

The woman who reported the assault arrived to the scene and told police Ometu was the wrong man.

The Insurance Executive however admitted he was aggravated during the incident because he was an innocent man.

“I was bent forward with two grown men pressing on my back. I was yanked by an officer by my neck, my legs twisted contorted in awkward and uncomfortable positions. I felt each finger the officers pressed into my throat.

“I did not intentionally kick, scratch, or harm any officer. I was guilty before proven innocent.” 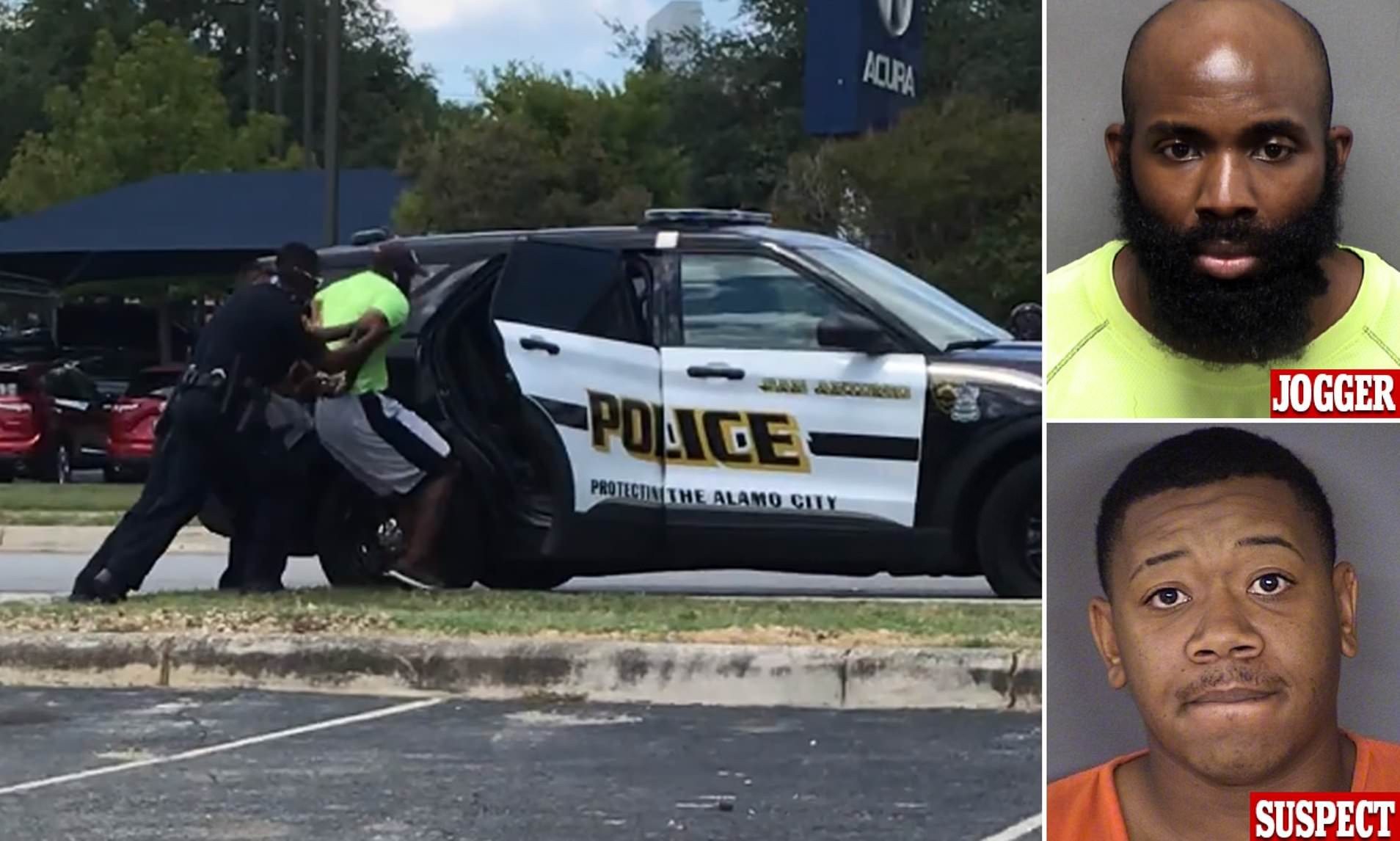 After the lady confirmed Ometu was not her assaulter, two charges of assault against a peace officer were filed against Ometu. Though he was not the suspect police sought, Ometu was still arrested and jailed for two days before posting a $20,000 bond.

His charges were later dropped by District Attorney Joe Gonzales, after he was able to review the video from witnesses and also the body cam footage. Gonzales said Ometu was within his legal right to not identify himself, adding the officers involved were fine with dropping the charges.

“Neither officer wishes to have him incur any future consequences as a result of this incident. This case is one of competing interests. It is the officer’s duty to investigate and detain a person of interest that may be a suspect in a crime versus a citizen’s right not to disclose their identification where no arrest has been made.”

Now, Ometu plans to file a civil rights lawsuit. Outside the Bexar County Courthouse Wednesday September 2, with a group of supporters, Ometu said he was punished for invoking his rights.

“jogging while black” speaks. Ometu who was arrested in a case of mistaken identity, said his name is still not cleared as punishment for invoking his rights (check previous post)

Although San Antonio Police Chief William McManus said Ometu did nothing wrong, he also said that his officers acted appropriately while investigating the domestic violence case. He said Ometu was not under arrest but legally detained.

“Officers understand that rule that he did not have to [give his name], but the easiest way to have gotten through that issue was if he had said his name, they could have been out of there in minutes … Even though he didn’t give his name, officers still have to investigate, follow through and make sure that this man was not the one who assaulted his ex-wife.”

However a public defender, Adam Kobs criticized McManus’ take on what should have happened.

The post Nigerian-American man, Mathias Ometu who was arrested in a case of mistaken identity, speaks out after encounter with San Antonio police appeared first on illuminaija.