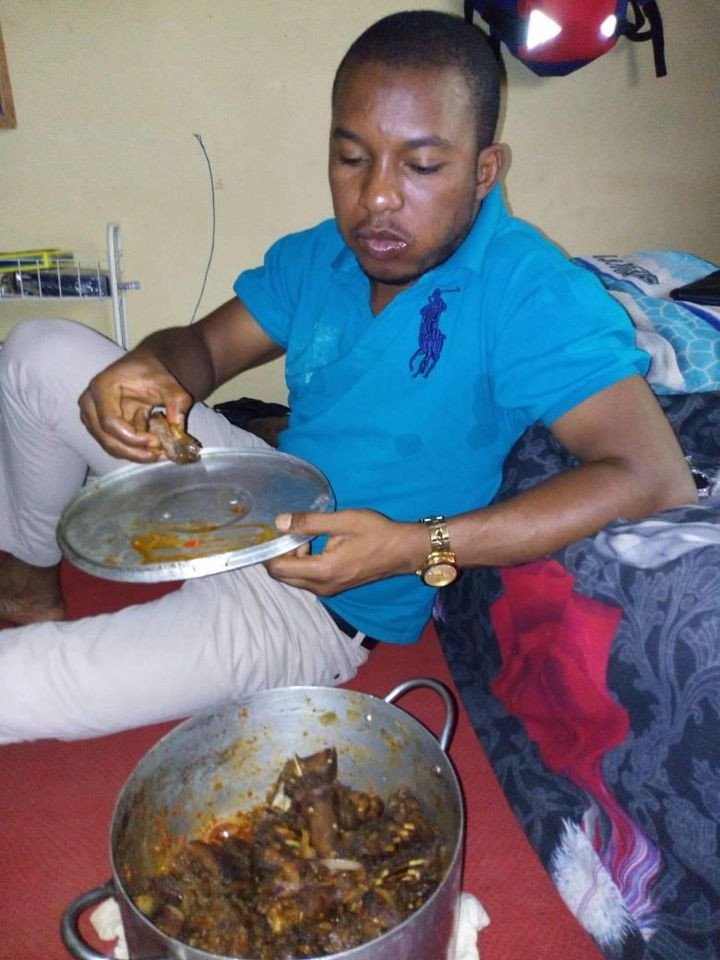 A medical doctor from Plateau State, Luka Nanjul, on Tuesday, posted a photo of himself eating from a pot of dog meat, his favourite delicacy.

His friend, Arome Okeme, a Clinician, reposted the photo and revealed that Shendam and Langtang people of Plateau State prefer dog meat to other meat.

“Here is my plateau friend, a doctor, whose favorite delicacy is dog meat. I lived with the people of shendam and Langtang in plateau state and I can assure you that this is preferable to any other type of protein to them. The taroh man prefers pork to dog though. The highest, however, in this class is the pankshin man. None of the above can contest with him,” he wrote.

This goes down with pito or BKT, a local brew that engages, in some cases, two mouths simultaneously drinking from a calabash. Growing up in the rural area, i still am surprised that I didn’t test of these delicacies even after raring them for commercial purposes. Luka Nanjul, yyou are doing well.”

Dr. Nanjul commented on the post, asking him to give dog meat a try. Okeme, however, politely declined. 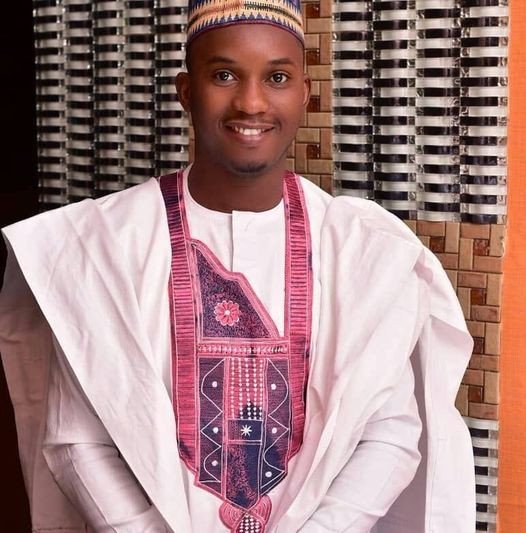 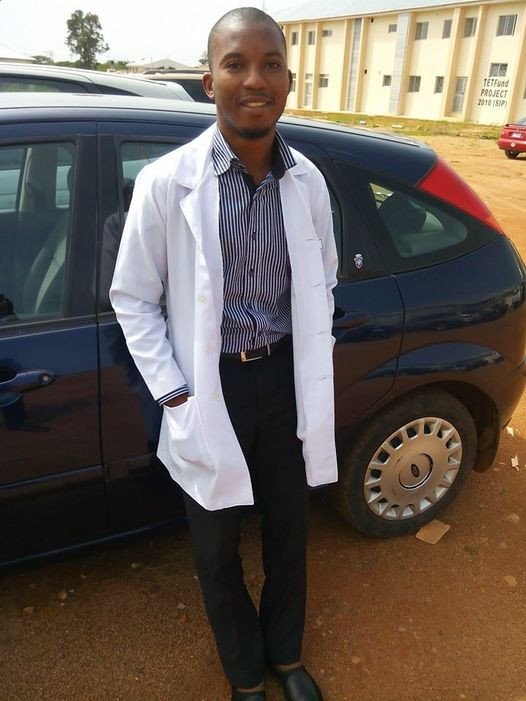 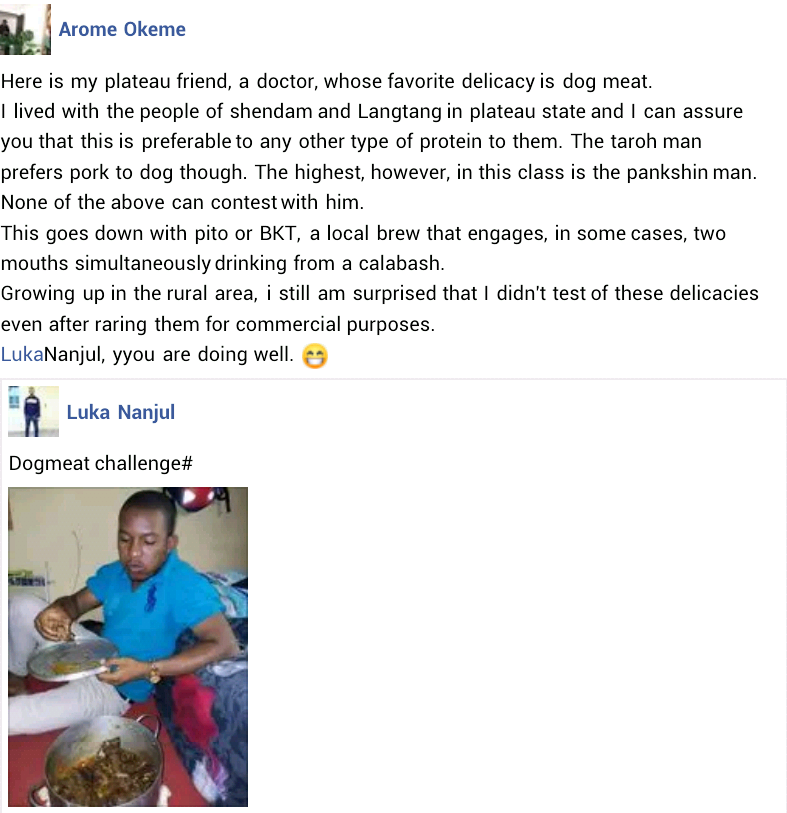 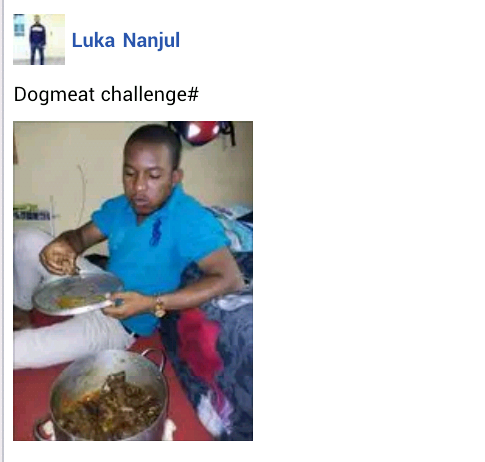 The post Nigerian doctor shares a photo of himself enjoying a pot of his faourite dog meat delicacy appeared first on illuminaija.