Popular Nigerian singer, Runtown has reacted to the killing of a cleaner by SARS in a Lagos community.

Nigerian singer, Runtown has lent a voice to the outcry over the prevalent killings and kidnappings that have been recorded across the country in the last few weeks.

Pondering on the number of protests to engage in before the issue of SARS officers killing innocent citizens is addressed, the singer lashed out at Nigerian authorities over report of a cleaner allegedly killed by a SARS officer.

YOU MAY ALSO LIKE  Xenophobia: ‘You Are Fighting Wrong War’ – Wizkid Breaks Silence On Killings Of Nigerians In South Africa

Runtown also stated that Nigeria is becoming a nightmare and not the country of our dreams.

Read what he tweeted below:- 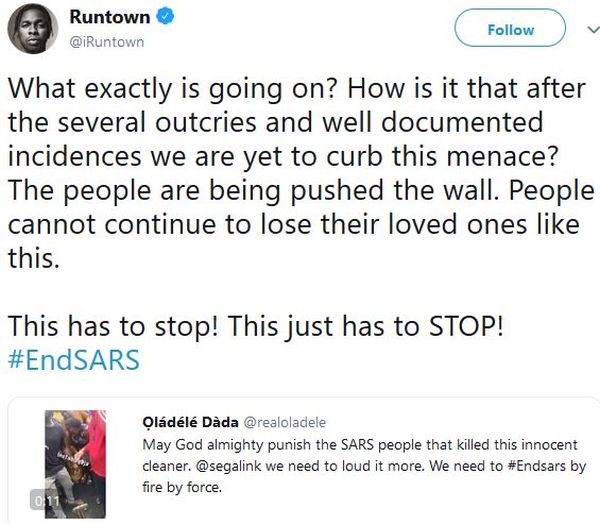