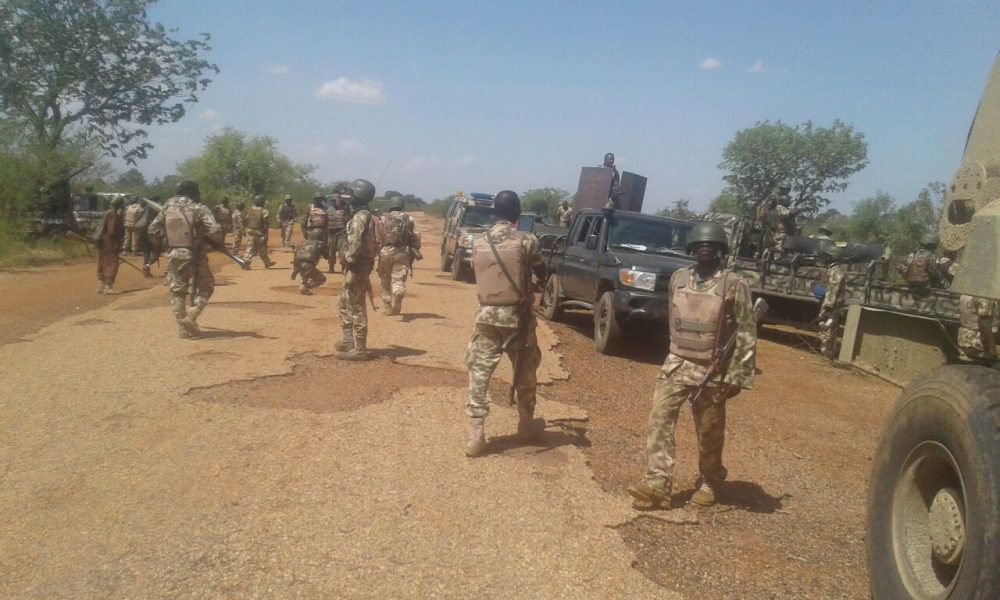 The Defence Headquarters, on Saturday, said the troops of the Air Taskforce neutralized scores of Boko Haram terrorists and inflicted massive damage to their camps at Tongule, Bone and Isari Musa in Borno State.

The Coordinator, Defence Media Operations, Maj.-Gen. John Enenche, disclosed this in a statement on Saturday in Abuja.

He said the successful operations were conducted on Friday and Saturday, respectively.

The statement read: “Airstrikes being executed in Borno State by the Air Task Force of Operation LAFIYA DOLE under subsidiary Operation HAIL STORM 2 have continued to yield tangible results. The latest of these include the massive destruction of Boko Haram Terrorists’ (BHTs’) Camps and neutralization of scores of their fighters in a night attack at Tongule on 24 September and daytime raids at Bone and Isari B Musa on 25 September 2020.

“The strike on Tongule was undertaken after surveillance missions revealed a continued assembly of the terrorists within the settlement at nighttime. Accordingly, the Air Task Force dispatched Nigerian Air Force (NAF) helicopter gunships for a night attack on the location, with their barrage of rockets neutralizing several of the terrorists.

YOU MAY ALSO LIKE  Boss R*pes His Home Help In Lagos, Forces Her To Take Contraceptives After Abuse

“Bone, a settlement along the Yale-Kumshe axis, on the other hand, was attacked by a force package of NAF fighter jets and helicopter gunships after credible intelligence reports established that the location served as a staging area from where the terrorists launched attacks. The NAF attack aircraft engaged the location in multiple bomb and rocket runs, destroying several of their structures and neutralizing scores of terrorists. Similarly, at Isari B Musa several terrorists, who were observed both within and in bushes surrounding the settlement, were taken out as the NAF attack aircraft took turns in engaging the target area.”