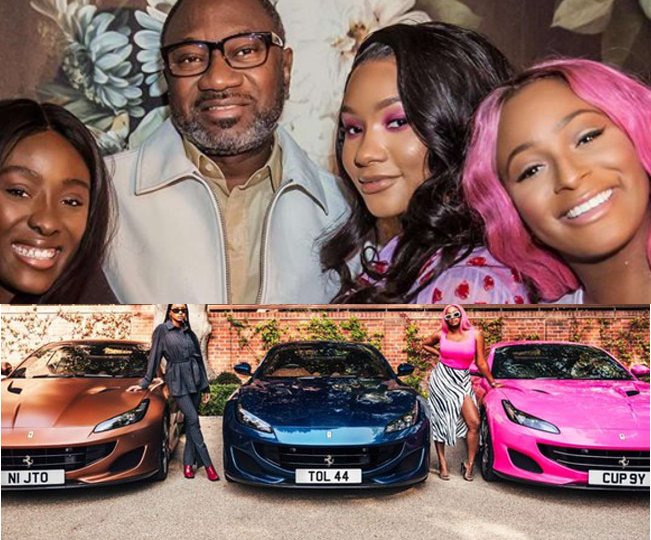 Nigerians are calling out their fathers and comparing them to Femi Otedola after the billionaire businessman gifted each of his three daughters Ferraris with personalized license plates.

Shortly after DJ Cuppy, Temi and Tolani Otedola showed off their new luxury cars, it went viral, pushing Otedola to the top of the Twitter trends.

A number of people who reacted found their fathers wanting after comparing them to Otedola.

One of those who reacted is comedian Akpororo. He asked God to forgive his father then promised to give his kids luxury gifts someday. 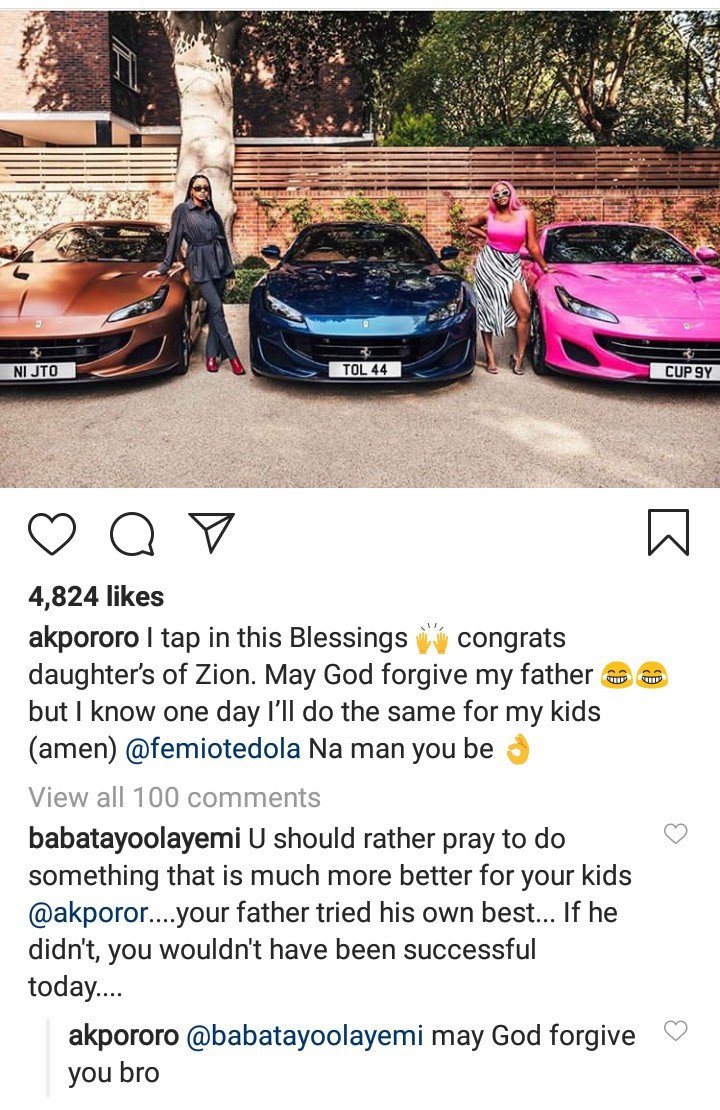 See some reactions below. 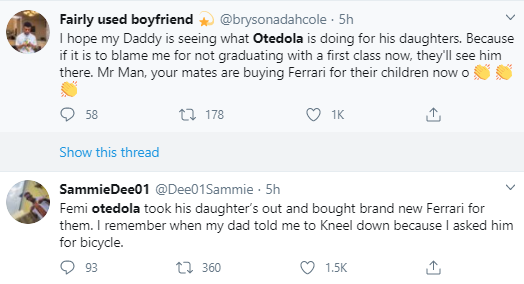 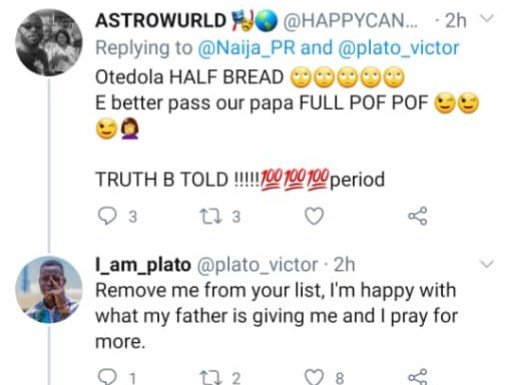 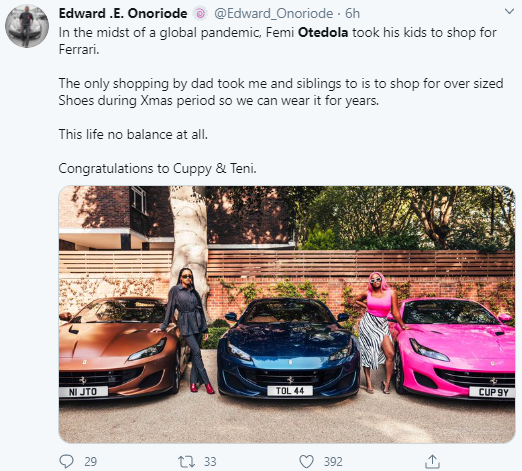 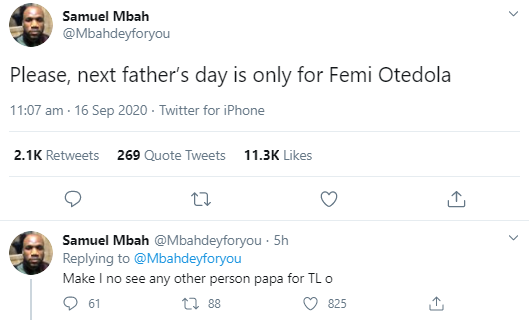 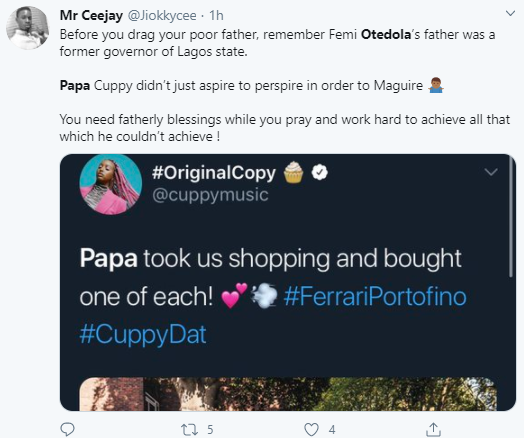 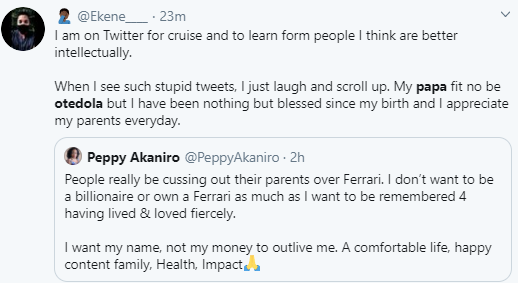 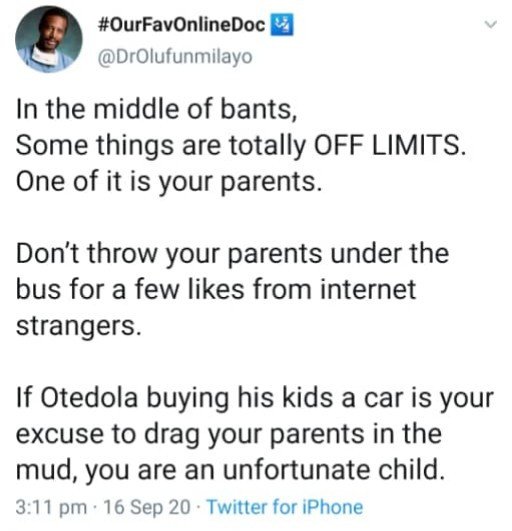 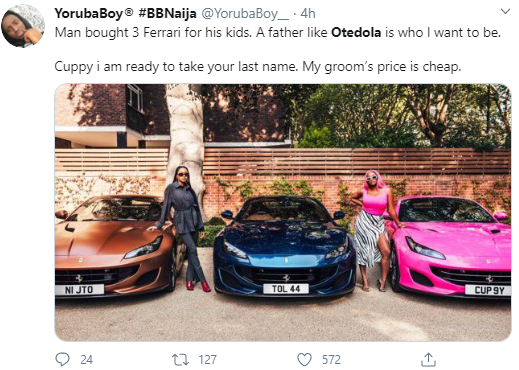 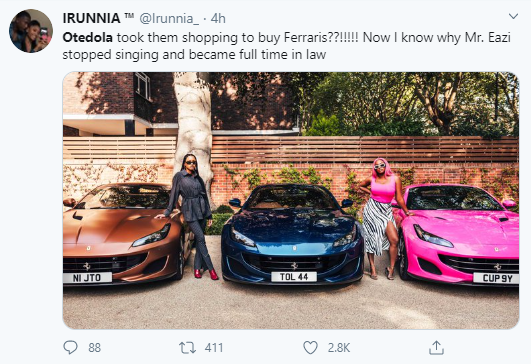 The post Nigerians compare their fathers to Femi Otedola after he bought three Ferraris for his daughters appeared first on illuminaija.