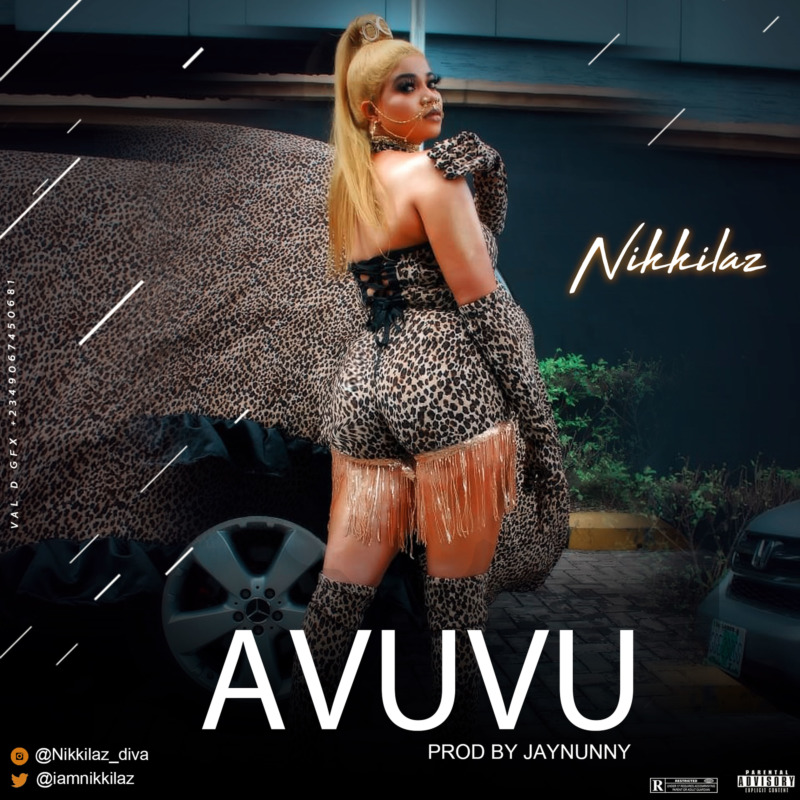 Nikkilaz – “Avuvu”…. And right now the hit is on! Bringing back the one and only Nigerian goddess of South Africa who goes by the name Nikkilaz.

Nikkilaz, a very charismatic microphone magician that could only be best described as a pure preacher of African heritage, paying cognisance to the kind of sound she produces, has trilled her fans with her evergreen single titled “Eyaweh” for quite some time, and now she’s back with a more energetic irresistible dancehall titled “Avuvu“.

And yes! Avuvu is expected to do much better, haven been magically crafted by one of the fastest rising producers of the southeast of the Niger @Jaynunny