They were members of the Movement for the Advancement of Democracy (MAD), this was their protest against the annulment of the June 12 elections by IBB.

Armed with toy guns, they hijacked the the flight, which was originally going to Abuja from Lagos.

They intended to fly to Germany but were forced to make a landing in Niamey due to shortage of fuel, passengers, including govt officials would be held hostage for several days.

They separated the civilians from govt officials and released women and children. But eventually, in the cover of night the army stormed the plane and captured the boys.

They would spend months in a sweltering hot Niamey jail. They neither spoke French nor Hausa.

For nine years and four months Richard Ogunderu, Kabir Adenuga, Benneth Oluwadaisi and Kenny Rasaq-Lawal would languish in a Niamey jail before they were eventually released. 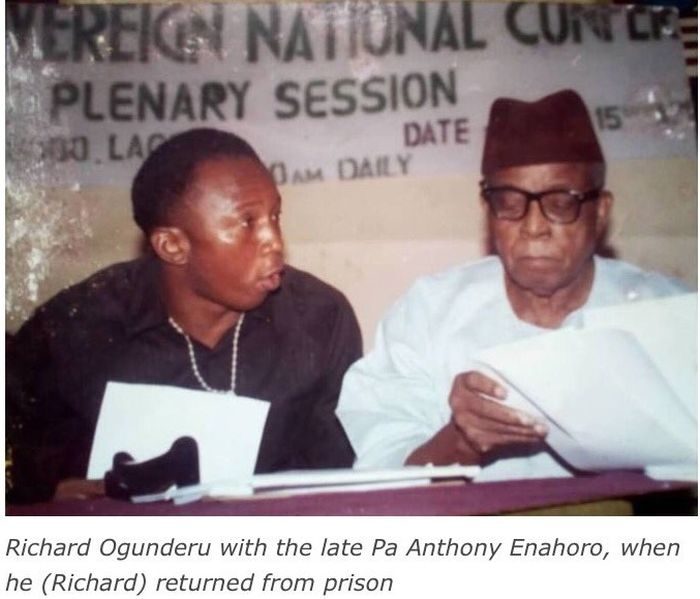 They learned how to speak French and would later return to Niger to do business after their release.

The boys learned creative arts and fashion design in the prison. Richard would attend the Alliance Francois after his release.

Unfortunately this year Richard got into a confrontation with some boys in Niger which led to him being injured. He is currently bed ridden.

Obviously, these guys did what they did with strong heart of Nationalism.

We will describe this as a radical move to save the country from dictatorship and make wish of millions of Nigerians at that time come to pass.

YOU MAY ALSO LIKE  Linda Ikeji’s Predicaments Were The Reason Why I Got Married – 23Yrs Old Controversial Blogger, Kisha

Guys, Do You Think We Still Have Youths That Can Still Do This For Nigeria?

Let’s hear from you