The news of Hushpuppi’s arrest came as a shock to everyone.

Hushpuppi is a popular Nigerian Instagram big boy based in Dubai, despite his popularity, his source of income is unknown to many of his followers and fans.

There was a time he claimed to make all of his money from being an ordinary influencer who is always being invited to functions to speak and motivate people.

At the time when Mompha was arrested by EFCC following an Interpol tip-off, Huspuppi changed his social media profile to being a real-estate investor.

Although many Nigerians could predict Hushpuppi source of wealth to be a shaddy one.

What Could Have Attracted Interpol’s Attention To Hushpuppi?

This Interpol arrest might have been a success all because of his flamboyant show off lifestyle on social media space.

First, we must all understand that there is a body called International Police and their job is to bring criminals to book regaedless of their location in the world.

Someone who doesn’t have a clear-cut source of income bought a 2021 Rolls Royce Cullinan. Even though the price of the car is not on google yet, the estimate is roughly around $500,000.

See The Photo Below:- 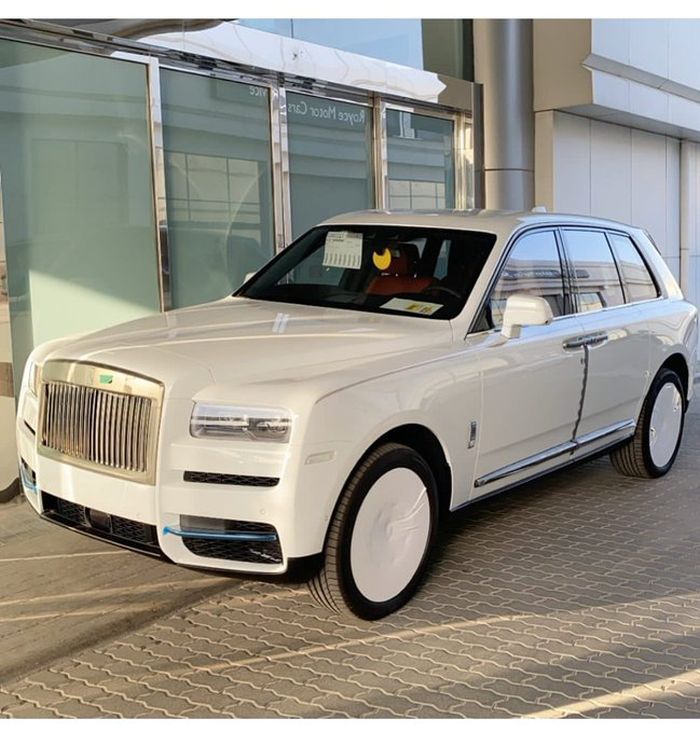 The year 2020 is not even up to half yet, people are complaining about crash in businesses and short of cash, but someone somewhere in the world who is not a CEO of Facebook, Twitter or any legit big business already posted that he bought a 2021 Royce Rolls and you think he would not be investigated?

In the world today, if you’re poor nobody wants to investigate your poverty but any small sign that you’re richer than you ought to be, expect to be investigated.

You can only survive the legal crucification if you are truly legit.

To avoid the legal wahala, you can be rich and stay coded, Wizkid is a perfect example of a celebrity who doesn’t flaunt wealth anyhow among his colleagues in the industry and fans.

He doesn’t expose his personal house or properties to the public, he doesn’t post about his wealth and doing that doesn’t attract unnecessary attention to him even if he engages in anything fraudulent.

YOU MAY ALSO LIKE  Paired with BACARDÍ, Miami’s Art Week Was One to Remember.

If the goal is to get paid and make money, why loud yourself to be known?

To all youngins struggling to make money out there, here is a question for you

What Do You Learn From Hushpuppi And Friends Interpol Arrest Story?

The post NL LESSON!! What Do You Learn From Hushpuppi And Friends Interpol Arrest Story? appeared first on Naijaloaded | Nigeria’s Most Visited Music & Entertainment Website.