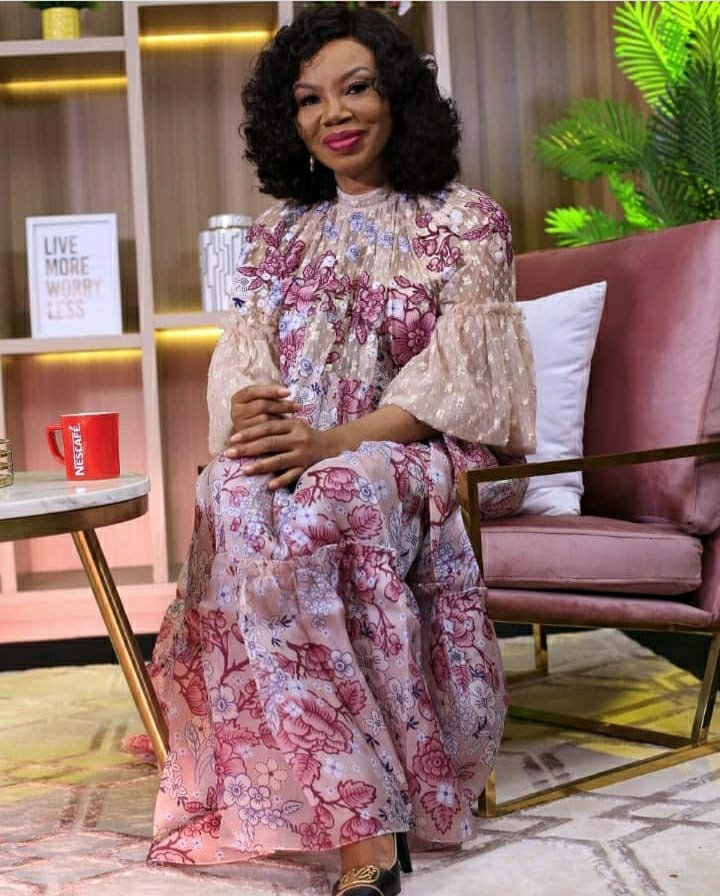 Publisher, Betty Irabor, has weighed in on the lingering debate on submission in marriages.

In a tweet shared this morning, Irabor who has been married for over 30 years, opined that no woman will submit to a man who thinks his wife owes him submission.

According to her, women tend to naturally submit to a man who cares for them and also submits to them as well. Her tweet reads

”I have read a lot about “wives submitting to their husbands” and the counter arguments..Truth is, submitting to a “na man u bi” kind of guy; who cares for u & also “submits” to u comes naturally. No woman will ever SUBMIT to a bully who thinks his wife OWES him submission.”

Her opinion ignited a debate as some of her followers disagreed with her. One of them averred that some women have taken advantage of men who have submitted to them. Mrs Irabor replied some users. See their exchange below 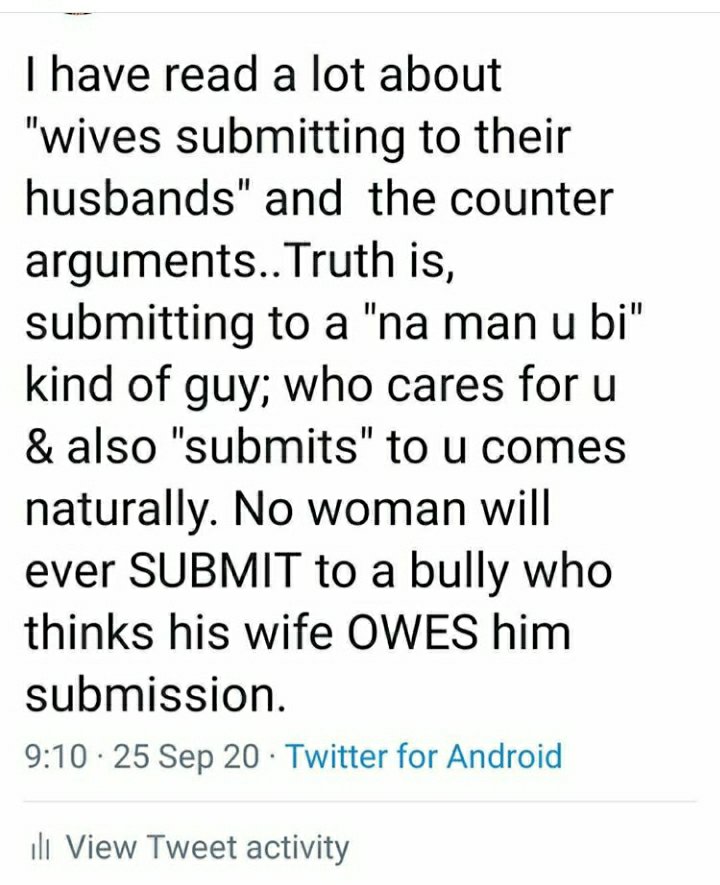 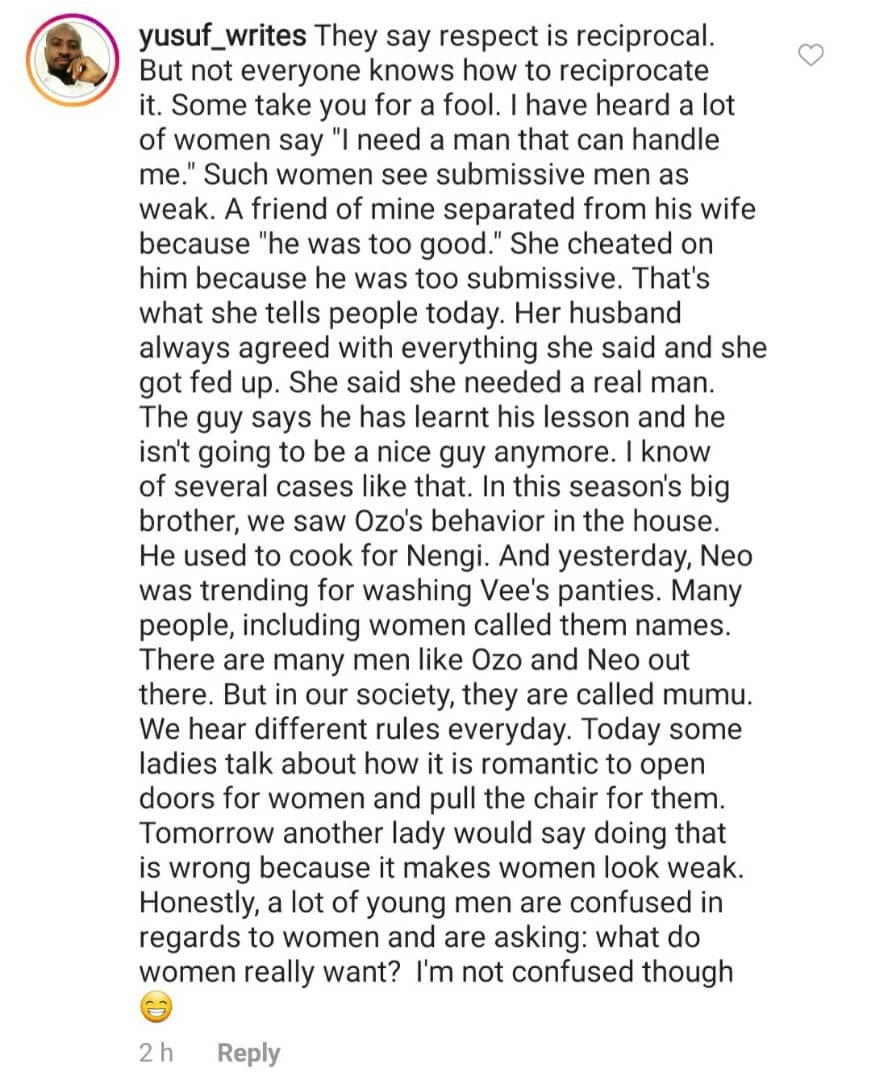 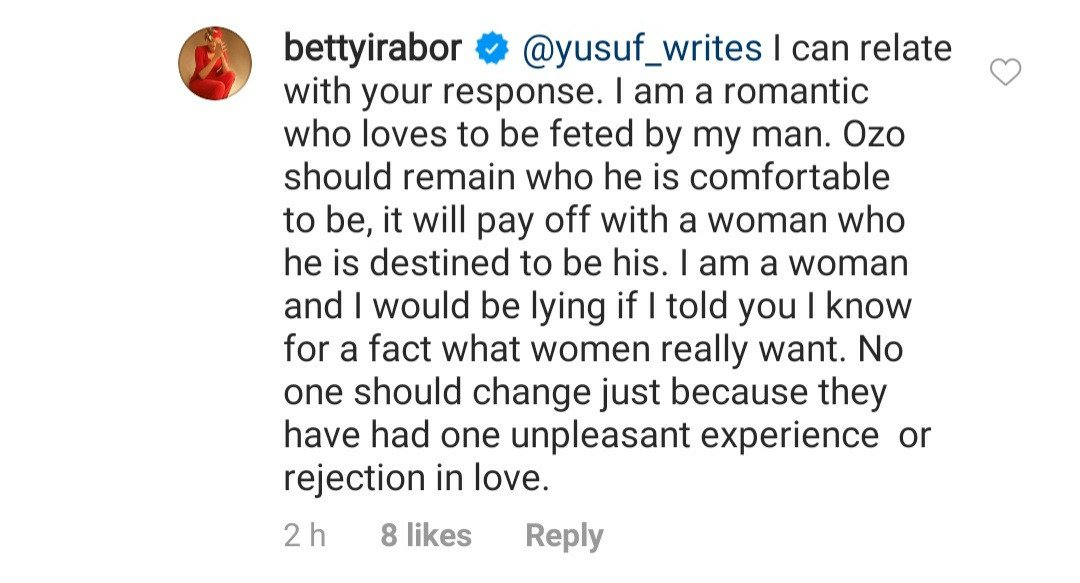 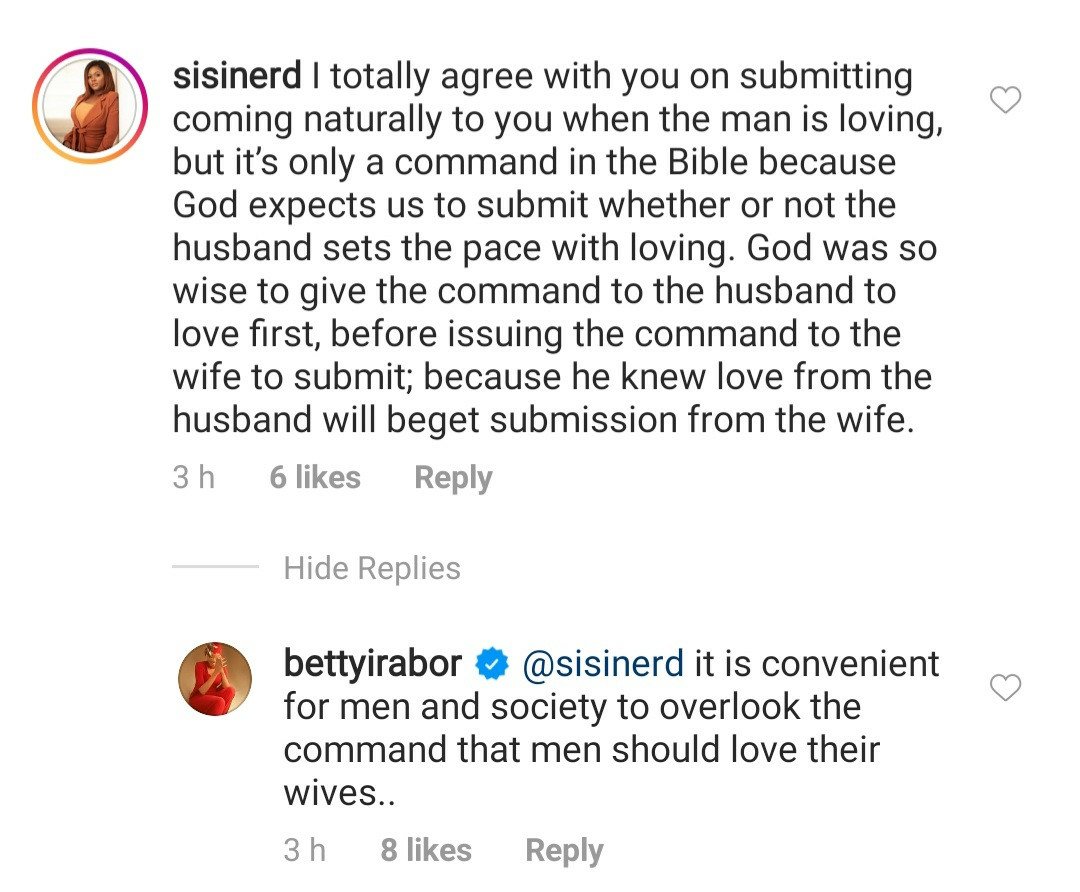 The post No woman will ever submit to a bully who thinks his wife owes him submission- Betty Irabor appeared first on .