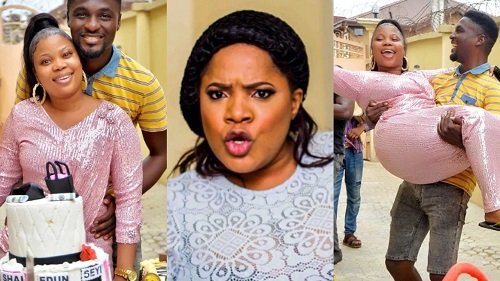 Nollywood actress, Seyi Edun has been mocked and called a barren woman on social media for having no child with her husband.

It all started after a troll with user name, dorathy_137 on Instagram ridiculed the actress for not having a child, and wondered why she’s always happy.

According to the troll, Seyi Edun does not have a reason to be happy and be posting videos of her dancing on social media.

The lady who also went ahead to call Seyi names, advised her to leave her spouse, Niyi Johnson and try another man maybe she can be lucky to get pregnant with him.

YOU MAY ALSO LIKE  Davido x Popcaan – ‘Risky’ “Lyrics”

The troll cited Niyi Johnson’s ex wife, Toyin Abraham as an example, stating that she did not have her own child until she left Niyi.

Read their conversation below; 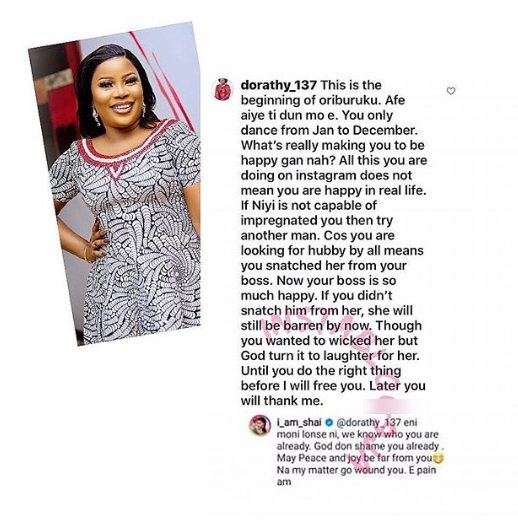 The post Nollywood Actress Mocked And Called Barren On Social Media For Not Having A Child appeared first on illuminaija.