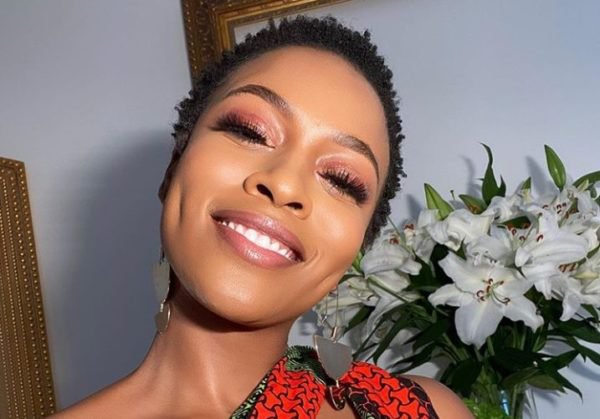 Nomzamo Mbatha has taken to her social media to share a throw back photo of herself as she joins the “GirlUpChallenge”.

In her post, the star revealed the picture was taken when she was a little cheerleader for the Red House during sport day in school and she was “Bold”.

“LOL, I was a little cheerleader for RED HOUSE during Sports Day at school when this picture was taken. I look at this little girl and I remember how big she dreamed. How BOLD she was… Who would’ve thought that from a small little corner in South Africa, that little smile would be where it is now… “

Nomzamo said her teachers opened her eyes to the reality of how important education can be and since then, she has kept her promise.

YOU MAY ALSO LIKE  247News: 2016 Budget Documents Has Been Stolen, Deliberation Postponed

“If it were not for my teachers who saw the bright light before I realized it, if it were not for the books that kept me Dreaming and imagining… I don’t know how life would look like right now. Education gave me the power to dream. The audacity to dare even greater. Dear 10 year old Zamo, I have kept my promise. You gave me the courage and I will never let go of it,” Nomzamo stated.

The star urge other girls to join the challenge by posting a throwback photo of when they were a fearless kid who was ready to take on the world.

She concluded: “On International Day of the Girl, I challenge you to get involved in the #GirlUpChallenge! Post a throwback photo of when you were a fearless kid ready to take on the world. Use the hashtag #GirlUpChallenge and pass it along to 10 loved ones. Let’s support girls’ education and unite girls around the world.”

The post Nomzamo Mbatha shares a throwback photo of a fearless kid as she joins the “GirlUpChallenge” appeared first on illuminaija.