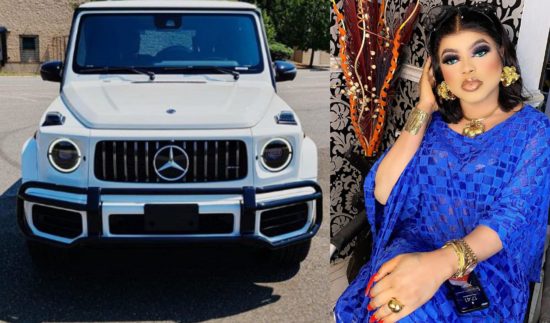 He broke the news on his official Instagram page yesterday, September 17, 2020.

Disclosing his latest achievement to his over 2 million fans on Instagram, he revealed that initially he felt intimidated by the car’s price but is now excited as he has finally placed an order for it and is awaiting its delivery.

YOU MAY ALSO LIKE  WINNER!!! See The Winner Of Our “Wizkid Joro” Giveaway Post (Saturday, 26th October)

Writing further, Bobrisky threw shades at those who mocked him for choosing the path he’s on. He said they should be ashamed of themselves as he’s now richer than their entire family.

Swipe to see photo and watch short video of the car below; 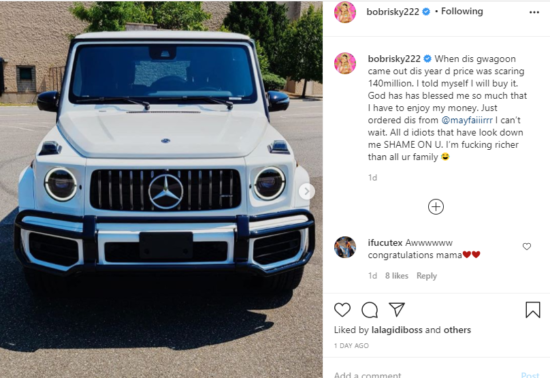