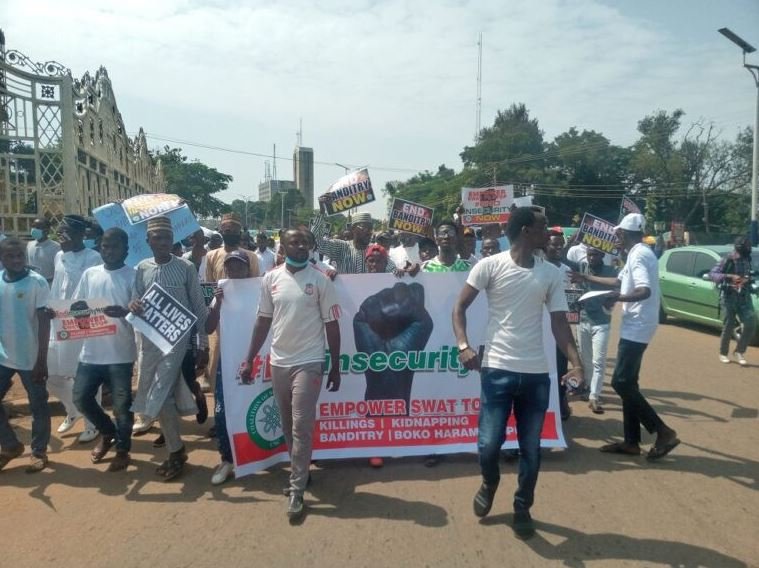 Some youths in Kaduna stormed the streets to protest against insecurity in the state.

The protest commenced at 10am along Waff road in Kaduna metropolis and the protesting youths held up placards that read “Arewa is bleeding”, “End Insecurity now “, “End Banditry now”, “End kidnapping now”, “Enough is enough”, “Stop rape “, “Stop the killings in North”.

The protest is coming at a time their counterpart in the south is protesting against police brutality in the region.

Here are photos below; 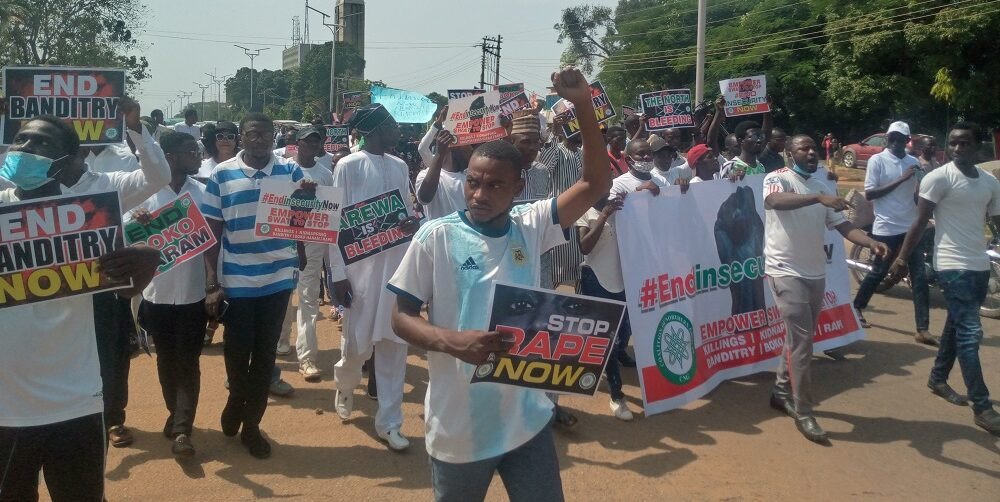 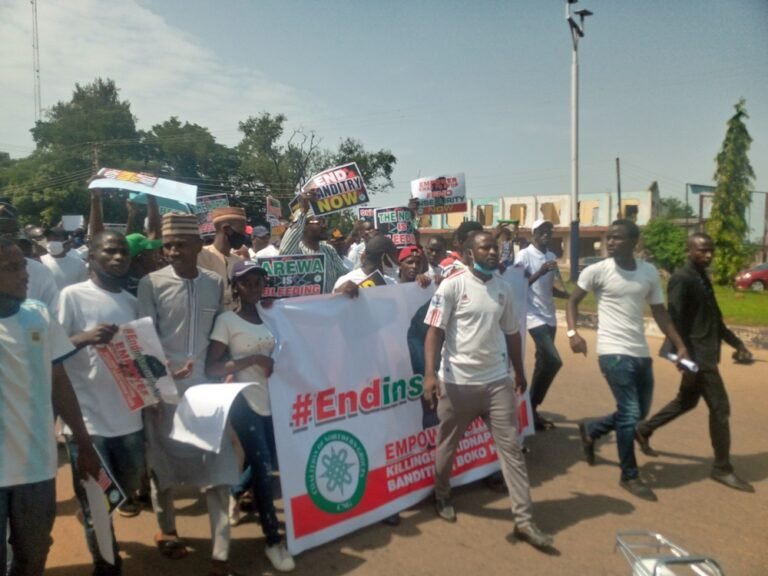 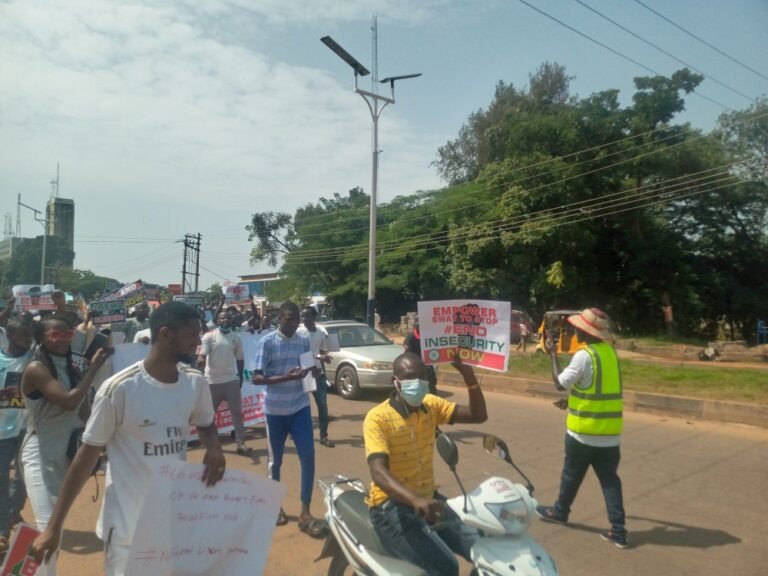