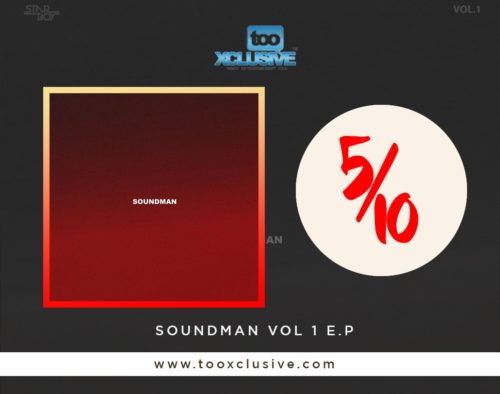 I am a firm believer that Wizkid’s Superstar album is one of the best albums of the decade, following in the steps of Wande Coal’s “M2M” and 9ice’s “Gongo Aso” etc. It is a golden album in truth.

I probably can remember all the songs word for word and i am sure many can. The Album was released in 2010, and till now Wizkid still lives in the shadow of that masterpiece which has set him a challenge that seems insurmountable (in terms of making another better album). Almost 10 years later. Wizkid tries to emphasize again that he is an Afro beat Artiste. It’s another effort to prove that somehow he is Fela’s mentee. However, he ends up giving us some really monotonous tunes that just sound almost the same.

“Soundman E.P” is a fusion of Reggae and Afro, but sounds weak with no effort at all. No impressive lyrics, just Wizkid doing his thing. For many people who have waited years after his last album to finally behold a crisp album creation, this doesn’t seem like so much encouragement. Infact, one common theme recurrent in all of the EP is his unwillingness to even try to impress at all. It seems the young superstar is finding it really hard to replicate his musical brilliance of 2010-2013, hence, the reason for this uncalculated, feeble and unenthusiastic music project.  The beats sound all the same, from what we heard from ‘Joro’, maybe more extra musical instruments added, but they still sound so much alike.

YOU MAY ALSO LIKE  VIDEO: Wondaboy – Take It | Watch Now

Wizkid promised an album, “Made in Lagos” prior to the release of “Soundman E.P,” but could have thought of this EP as a supposed test-the-waters strategy. But unfortunately, it has projected an unexciting feeling towards the arrival of the album proper. And if songs like the ones on this E.P are what is coming in the album, he’d better not release the album at all. I mean, the “Soundman E.P” could be okay for an average, regular act, but when we talk about the STAR BOY, we sure should be expecting and eventually getting a million times better composition than this E.P.

Truth be told, Wizkid needs to reconnect with his former producers, the Samklef sand the Sarzs. He does very well with them, together they have produced numerous hits. If Wizkid has already recorded his album, he needs to think again. He needs to look beyond the sycophantic noise by those who claim to be ‘Wizkid Fc’. They would support everything from him regardless of the quality and that would only do him more harm than good.