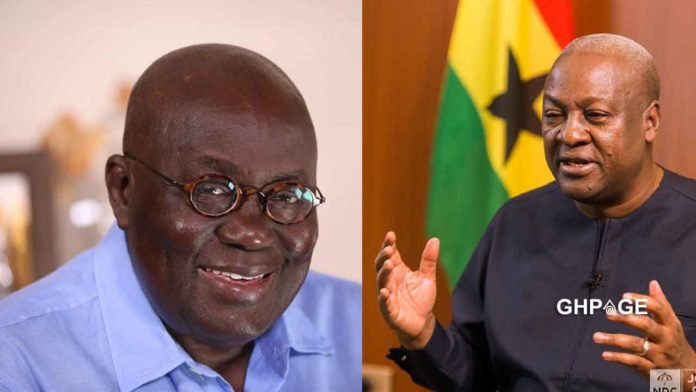 The Electoral Commission of Ghana organised presidential ballot exercise for the various political parties to know their positions on the ballot paper for the December 7th elections.

This exercise was held today 20th October 2020 to inform the candidates on their positions on the ballot.

Below are the parties and the positions they picked on the ballot paper;

Well, after the Electoral Commission announced the positions of the presidential candidates, Sammy Gyamfi took to Twitter to share his opinion.

YOU MAY ALSO LIKE  “I urge the Nigerian Govt to engage in peaceful dialogue with the #EndSARS protestors and end corruption” – Former US President, Bill Clinton

According to Sammy Gyamfi who is the Communications officer for the National Democratic Congress, stated that John Mahama being at the second position means he is ordained to rule Ghana for the second term. 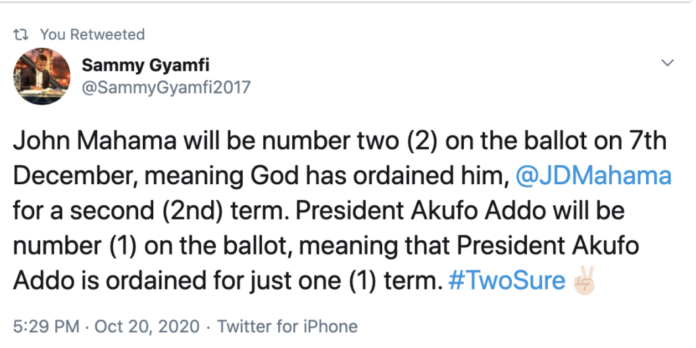 He also added that President Akufo Addo being number one on the ballot paper is an indication that he will rule Ghana for just one term.