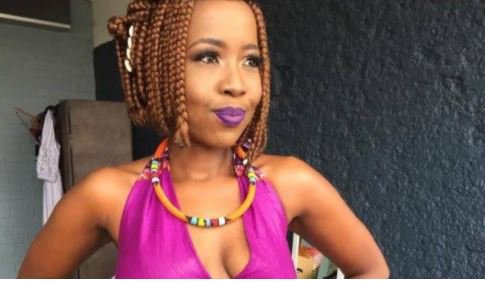 Recall, Lady Zamar and ex-lover, Sjava have been on the rape case issue for a long time and now, Sjava stated that he did not rape Lady Zamar as all allegations are ‘false’.

Ntsiki also recount on being a victim of rape with a well-known Mzansi celebrity.

In her post, she called out male celebrities who had raped a lady one way or the other telling them to “WAKE UP!”

“Men in entertainment are most likely to rape because they are used to female attention and don’t understand when a woman says no… They are not used to no so they just take what they think they deserve. WAKE UP!” she exclaimed.

YOU MAY ALSO LIKE  Nigerian Actress, Uche Jumbo Calls Out New York Post For Claiming Beyonce Made Burna Boy Famous

She said: “As a victim of rape…I need rape to be addressed in South Africa. Too many of us are getting raped. The system is designed in a way that a victim of rape has to convince the judge that she was raped….. Cabanga nje. What filth is that???.”

Ntsiki decided to face the women who felt Lady Zamar is trying to do all these to get attention.

She slammed them and called them, ‘bitter’.

“Some of you ladies are still sore from your rapist and directing your anger at Lady Zamar  because her rape is getting attention and not yours… You’re bitter,” she stated.