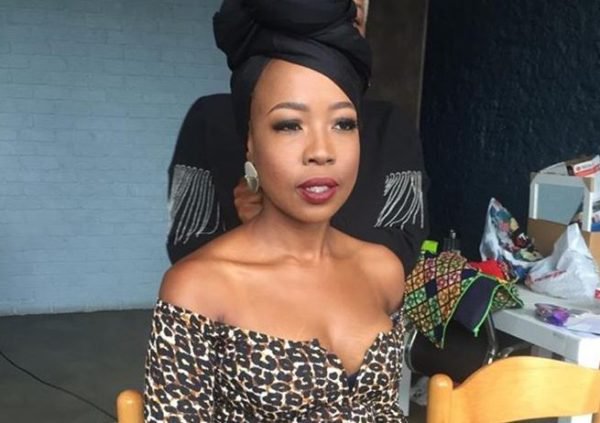 Ntsiki is currently trending on Twitter following the post she made slamming women for not identifying their ‘true beauty’.

The star who is known to always come out straight on issues claimed that those women who wear wigs are not proud of their natural beauty.

With her tweet, it started the natural hair vs weaves debate and many took to their TL to share their won view.

In her post, she said: “Why are black women finding it so hard to admit that they lack confidence in their own hair…And wigs make them feel prettier?”

Ntsiki wrote: “Black women used to say I’m broke cos I don’t wear a weave…Now they are saying natural hair is expensive. If you get told that you are ugly for long enough, you start to believe it”

Ntsiki never holds back her words, she proved this in a tweet which says, “If wigs enhance your beauty then white people dressed as clowns must be really attractive.

“The weave ADDICTION is no different from a drug ADDICTION. Even a bride in full tradition will ruin the whole look with a weave sembi kengoku mtshakazi.”

Furthermore, Ntsiki she revealed Twitter is her office as she slams men who talks more on dresses and hairs of women than that of the issues of GBV and femicide.

“I’m not on social media to post pics and brag… I’m here to stir dialogue. My twitter account has ALWAYS been about spiritual WORK. Always. Twitter is my office where I use words to stir debate and dialogue in my community.”

YOU MAY ALSO LIKE  Khuli Chana celebrates birthday today

She also told them that “If the shoe fits…Don’t blame me.”

“Men have more opinions on black women’s hair than GBV… I have an idea, Why don’t the men shut up for this conversation until they have stopped raping and killing women.”

The post Ntsiki on women embracing their natural beauty appeared first on illuminaija.