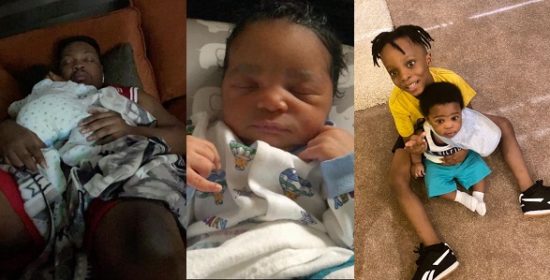 YBNL boss and rapper, Olamide is celebrating his second child, Tunrepin Myles Adedeji on his first birthday today.
The rapper and his longtime girlfriend, Bukunmi welcomed their second son in the United Staes last year. Olamide who is known to be very private about his family affairs did not reveal to the public that Bukunmi was pregnant. The couple welcomed their first child Batifeori Maximiliano Adedeji in 2015 and later got engaged in a private ceremony in March 2018.

The post Olamide celebrates his second son as he clocks one today appeared first on .