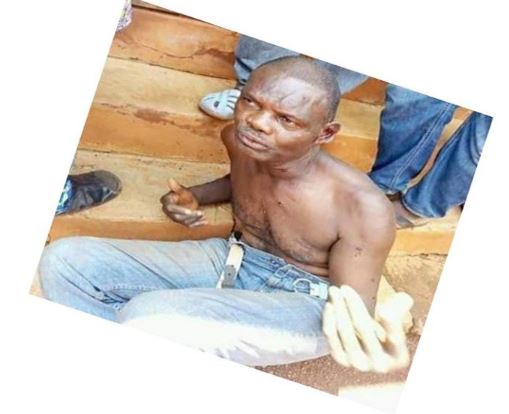 Clement Ikechukwu Ogenyi, a 60-year-old patent medicine dealer who allegedly defiled a 4-year-old girl in Otukpo, Benue state, narrowly escaped being lynched by an angry mob at the weekend.

DailyTrust reports that the suspect lured the minor into his room and had carnal knowledge of her after she was sent to buy Vitamin C tablets from his medicine store.

The unpleasant way which the girl walked back home prompted further probe that led to the discovery of her defilement.

Soon after the matter became public knowledge, an angry mob almost lynched the suspect as further revelations suggested that he had molested other minors in the neighbourhood in the past. Ikechukwu is now in police custody.