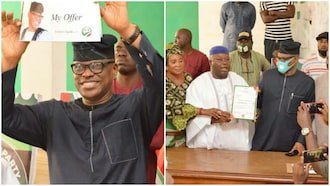 Jegede defeated seven other aspirants, including Agboola Ajayi, the embattled deputy governor of Ondo state who recently dumped the ruling All Progressives Congress to fight for the PDP’s ticket.

Recall that Jegede was the PDP candidate in the 2016 election. He lost to the incumbent governor, Oluwarotimi Akeredolu.

Having clinched the PDP ticket again, Jegede will be slugging it out with Governor Akeredolu who had also clinched the APC ticket to contest the October 10 election. 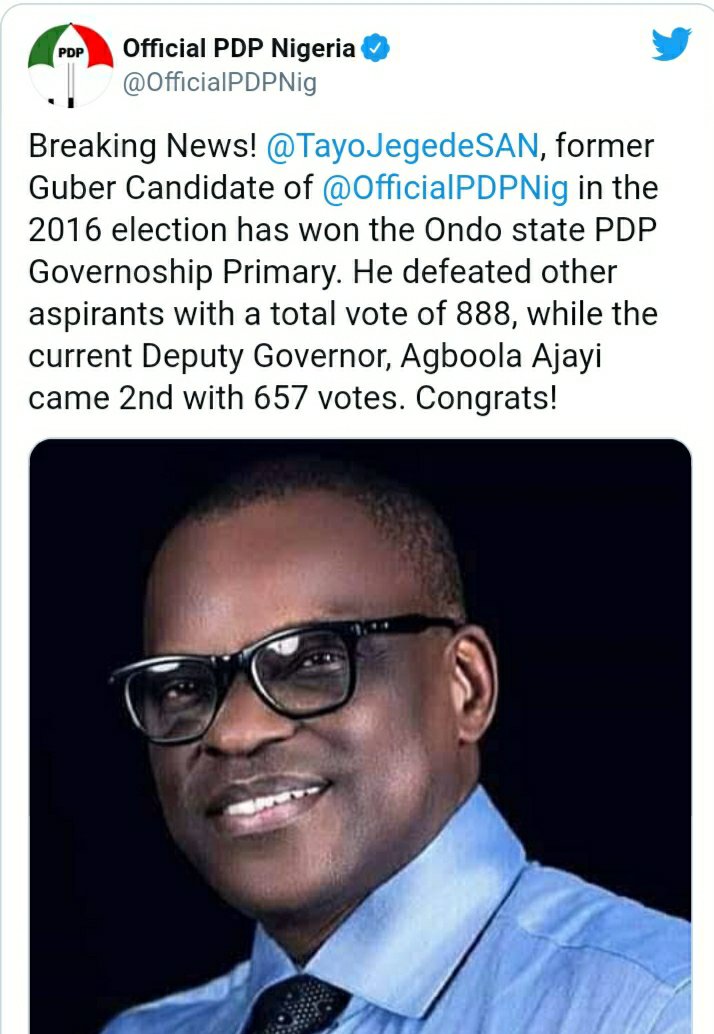