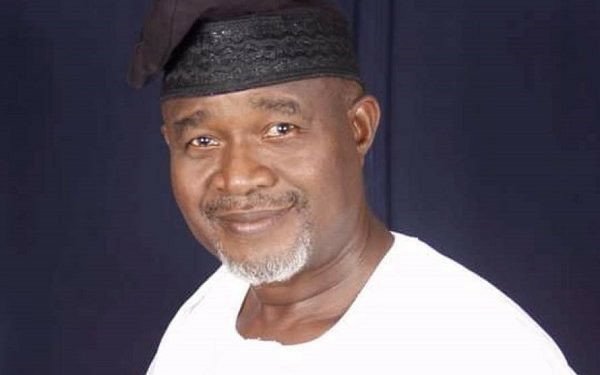 The Secretary to the Ondo State Government, Ifedayo Abegunde, has resigned his appointment. He said his resignation takes effect today, Monday, July 6, 2020.Abegunde is a close friend to the defected deputy governor of the state, Hon Agboola Ajayi.Though there are reports that Abegunde will be defecting to the PDP like Ajayi, however he said he will be making his next move known in the next 24 hours.See a copy of Abegunde’s resignation letter below 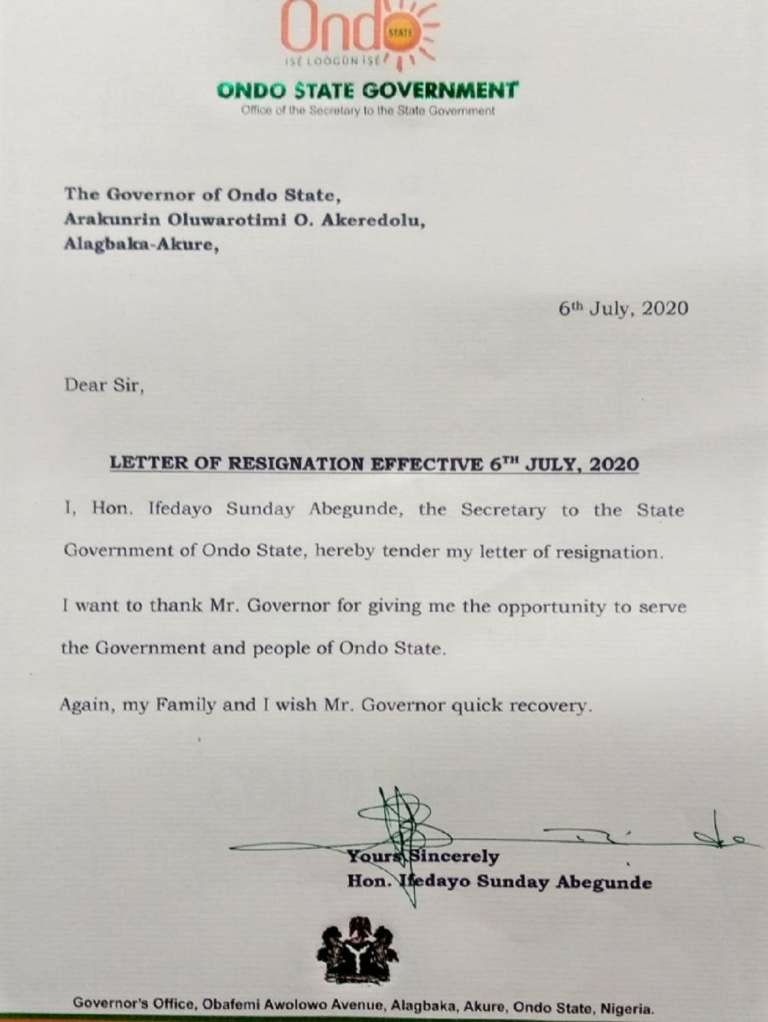 YOU MAY ALSO LIKE  Kizz Daniel’s Concert With G-Worldwide Remains 7 Years, He Must Come Back – G-Worldwide Lawyer Says