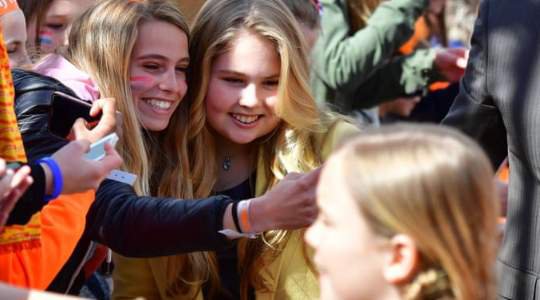 This national holiday in The Netherlands honors King Willem-Alexander. People wear orange and some even dye their hair for the parades and festivities.

They initially observed the holiday on 31 August 1885 as Prinsessedag or Princess’s Day, the fifth birthday of Princess Wilhelmina, then heir presumptive to the Dutch throne.

On her accession in November 1890 the holiday gained the name Koninginnedag, first celebrated on 31 August 1891. In September 1948, Wilhelmina’s daughter Juliana ascend 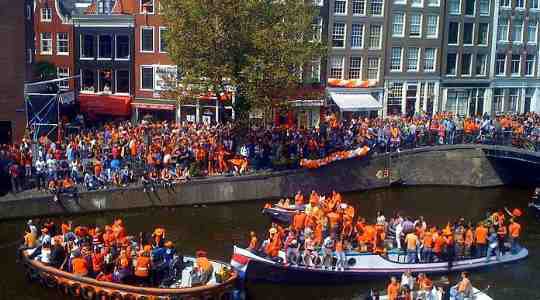 ed to the throne, and they moved the holiday to her birthday, 30 April.

They celebrated the holiday on this date from 1949. Juliana’s daughter, Beatrix, kept the celebration on 30 April after she ascended the throne in 1980, though he 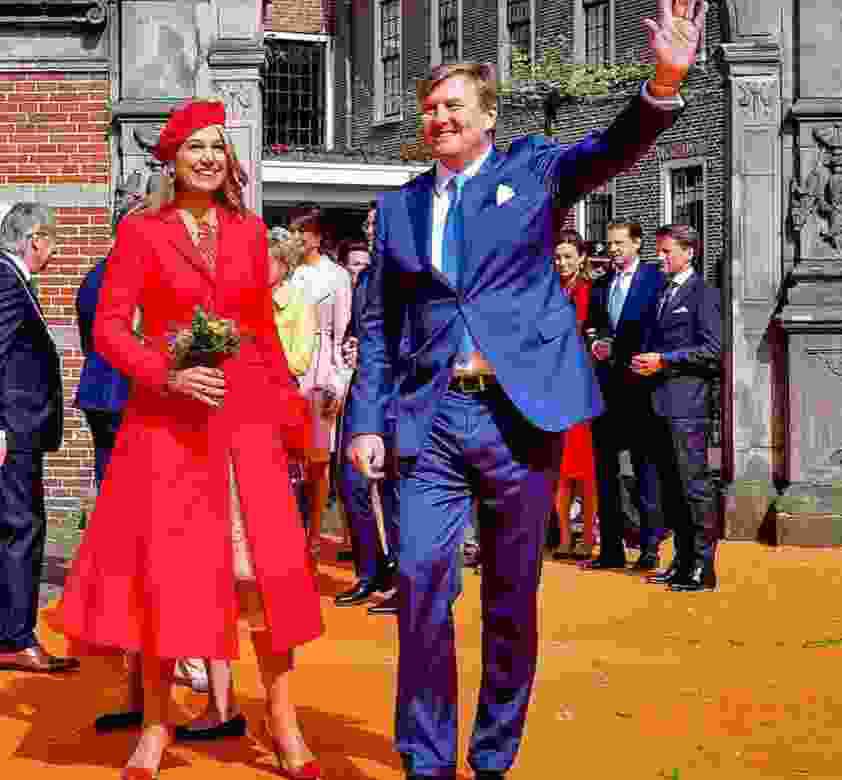 r birthday was on 31 January.

Beatrix altered her mother’s custom of receiving a floral parade at Soestdijk Palace, instead choosing to visit different Dutch towns each year and join in the festivities with her children.

In 2009, the Queen was celebrating Queen’s Day in the city of Apeldoornwhen a man attempted to attack her by trying to ram the royal family’s bus with his car; i 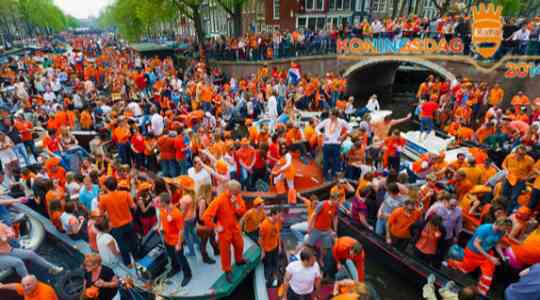 nstead, he drove into a crowd of people and crashed into a monument: seven people in the crowd were killed, as was the driver.

Queen Beatrix abdicated on Koninginnedag 2013, and her son, Willem-Alexander, ascended the throne (the first king since observing the national holiday).

As a result, the holiday became known as Koningsdagfrom 2014 on, and the celebration was moved three days ahead to 27 April, the King’s birthday. Koningsdag is known for its nationwide vrijmarkt (“free market”), at which the Dutch sell their used items.

It is also an opportunity for “orange ma 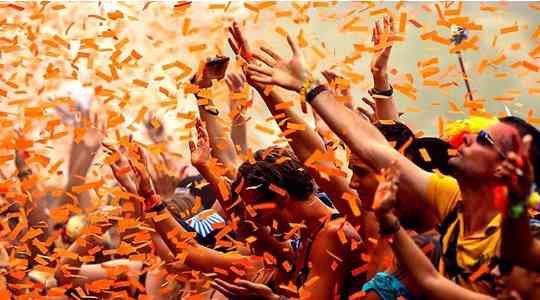 dness” or oranjegekte, a kind of frenzy named for the national color.  Aside from children being able to try their hand at trading on King’s Day, there are also plenty more activities taking place across the city for the young and young at heart, including face-painting, games, and sports events.

On King’s Day, cities across the Amsterdam Arena are awash in orange, with all-day festivals filling the streets with markets, music, laughter, and cheer. 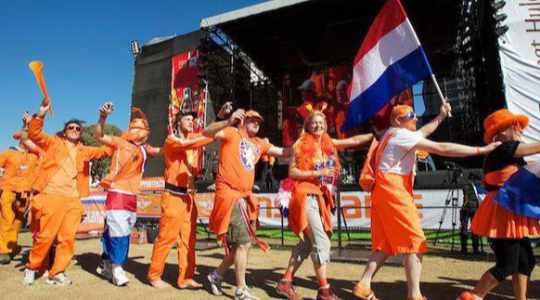 her afield), then our inspirational guide should help you find your ideal King’s Day spot.

The post ORANGE DAY!! There Is A Day In The Netherlands Where It Is Compulsory To Wear Orange Colored Dresses, Some Even Dye Their Hair Orange! appeared first on illuminaija.