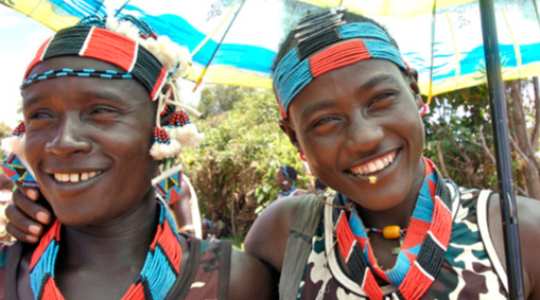 The Tsemay inhabit the territory of the Omo Valley in Ethiopia, that extends along the Western bank of the Weito river, that in the Tsemay language is called Dulaika, an arid region characterized by a torrid climate.

Among the ethnic groups present in the Omo Valley, the Tsemay are one of the smallest, the Tsemay population in fact does not exceed 5,000 people.

They speak a homotic language with influences from the Eastern Cushitic language, that is closely related to that spoken by the Konso.

The Tsemay, also known as Tsamai, are mainly breeders and cattle are the main source of livelihood; but they also practice agriculture by taking advantage of the periodic floods of the river. 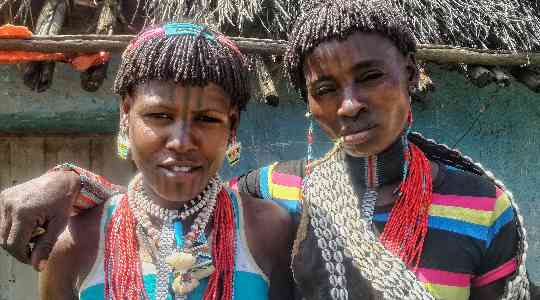 The Tsemay mainly cultivate sorghum and corn and, sometimes, cotton on the banks of the Weito river that, during the rainy season, overflows by depositing a layer of fertile silt.

As well as the Banna, the Tsemay are skilled honey pickers, both wild and using hives that are placed near the villages.

Unlike any other Ethiopian population, for the Tsemay sexual freedom before marriage is accepted and marriages are organized by the bride’s parents, they decide who she will marry, with or without the girl’s consent.

Female virginity lost before marriage is not a taboo, a Tsemay girl, if she wishes, can have a sexual partner with whom she can maintain premarital relationships, while it is absolutely forbidden to have children from relationships outside of marriage.

Before they can get married, the boys must pass the ritual of transition to adulthood, the Bull’s jumping, the same ritual that is also practised by the Hamer, the Kara and the Banna.

This ritual requires that the initiator jumps several times running on the back of some bulls positioned next to one another without ever falling.

Once the ritual of the Bull’s jump is passed, the initiate is given a leather band decorated with feathers, that testifies his new status and he is ready to build his new family.

The post ORGANIZED MARRIAGES: See The Tsemay Tribe Of Ethiopia Where Parents Decide Whom A Girl Is To Marry appeared first on illuminaija.