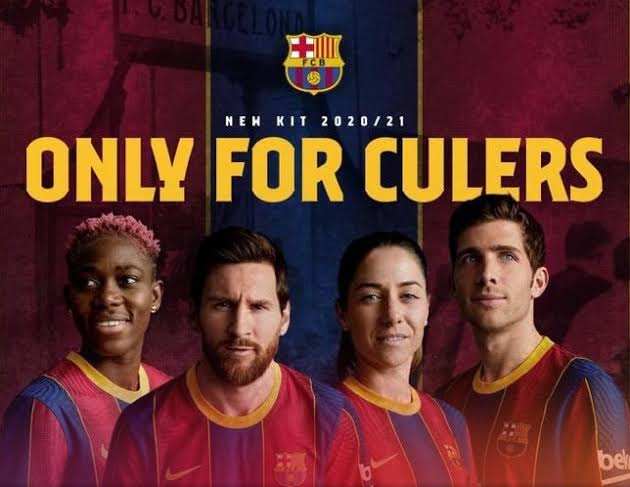 Super Falcons striker Asisat Oshoala was once again one of the stars that modelled Barcelona’s new third kit for the 2020/2021 football season, Completesports.com reports.

Oshoala was selected alongside stars like Lionel Messi, Ansu Fati and Frenkie De Jong who unveiled the pink kit.

The Catalan giants have now completed their 2020/21 kit collection with Monday’s release.

An official statement released by Barcelona reads:”FC Barcelona’s 2020/21 third kit is driven by the vibrant colours of the city and its famous beach.

“The combination of pink and sea green conjures imagery of a Catalan sunrise, while both colours will evoke memories of much-loved past Barca kits.”