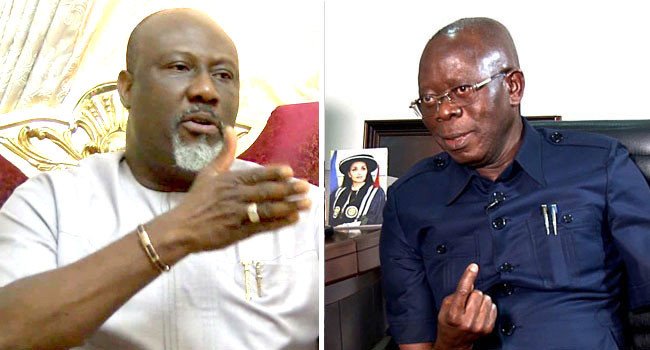 Former senator representing Kogi West Senatorial district, Dino Melaye has taken a dig at former National Chairman of the All Progressives Congress (APC), Adams Oshiomhole over the defeat his party suffered in the Edo Governorship election.

Reacting to the election result, Dino Melaye stated that Oshiomhole who is popularly known as Oshobaba, has been reduced to Oshopikin. He also told those calling the former APC Chairman Oshobaba to stop, before singing a new song to celebrate PDP’s win.

YOU MAY ALSO LIKE  ‘I Don’t Understand Why Nigerians Want....