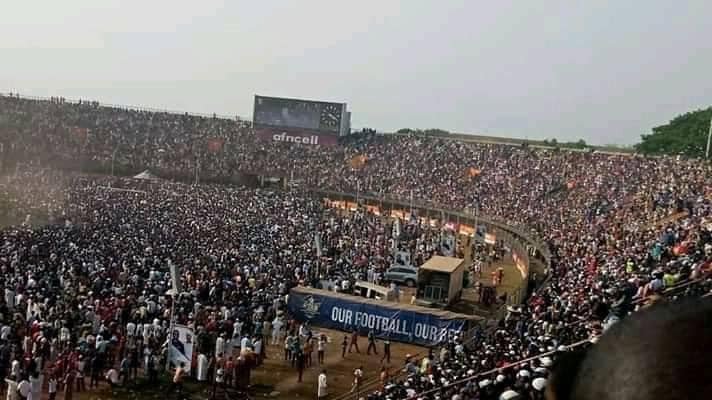 A Gambian journalist and Real Estate Broker, Alhasan Alex Darboe has slammed young people in his country over their lackadaisical attitude towards the current situation in the country. 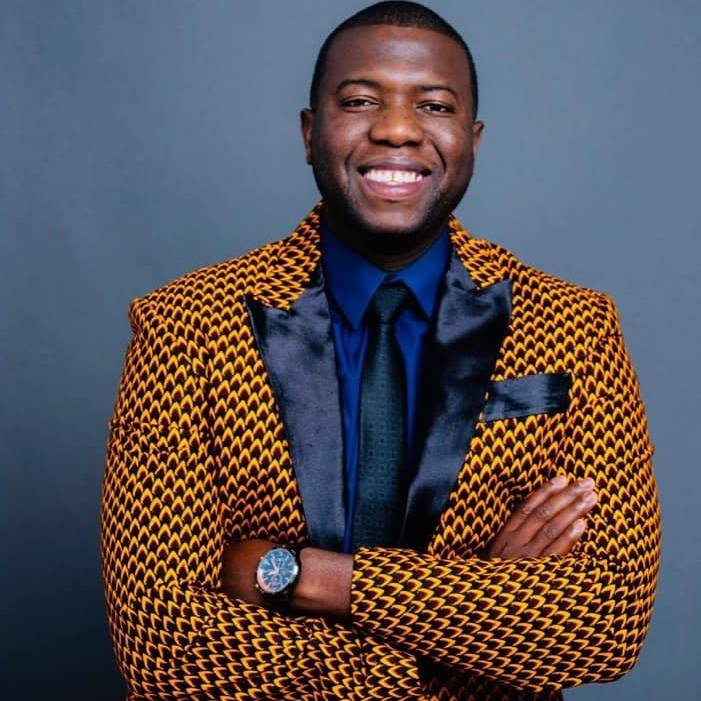 Taking took to Facebook on Tuesday, September 15, he posted photos of a large crowd at a music concert and listed challenges the country is facing while youths fill up stadiums for music concerts and religious events instead of taking to the street to protest.

“Gambians are the most interesting human beings in the world.Our young people fill up the stadium for music concerts and religious gatherings and yet can’t take to the streets to save their own lives,” he wrote.

”Young people are dying daily due to poorly equipped hospitals and all we do is pray to a God above that will never come down to save us.

”We happily beg donations for our sick and poor but can’t force the government to take care of the poorest and most vulnerable in our society.

”No body should ever go through the humiliation and indignity of begging the public for money to pay their health care bills to stay alive.

”Gambia is tossed.No jobs.No light.No water for the people.There is no light at the end of the tunnel. I can’t believe I celebrated Jammeh’s removal for a worse government. Darboe added 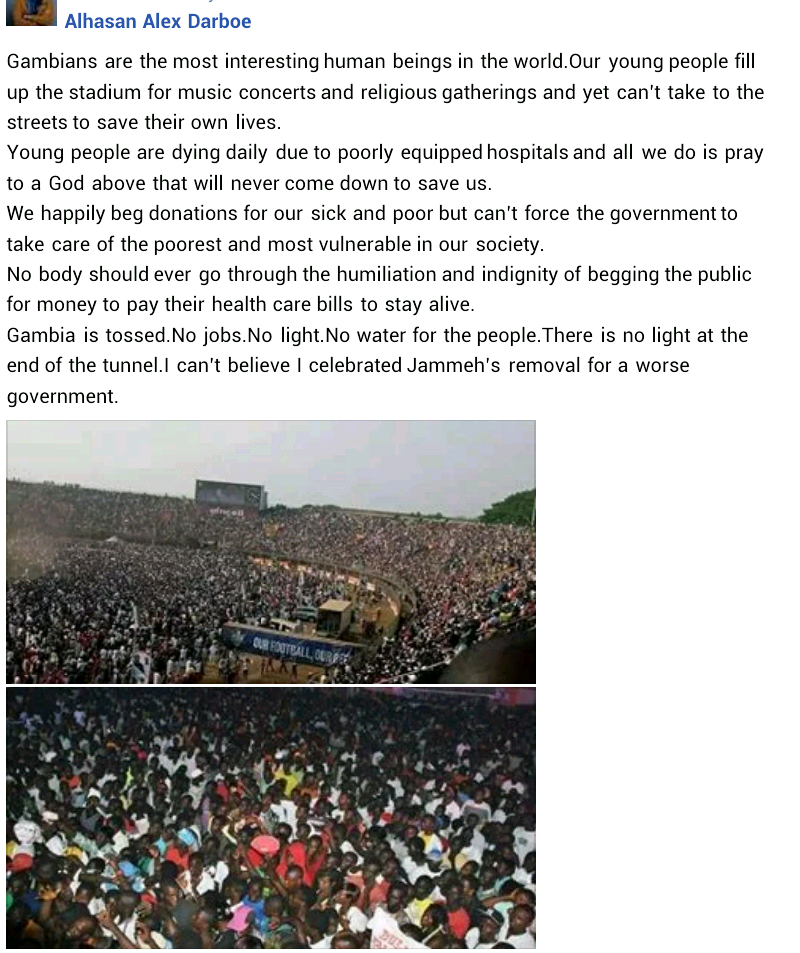 The post “Our young people fill up stadium for music concerts yet can’t take to the streets to save their own lives” – Gambian journalist slams youths in his country appeared first on illuminaija.