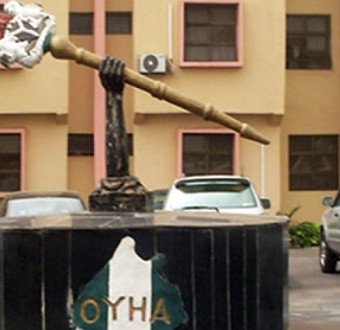 At the resumed sitting of the house presided over by the speaker, Mr Adebo Ogundoyin after the #EndSARS protest in the state, the lawmakers unianimously agreed to suspend the chairmen for non-compliance to the directive of the house calling on them to provide a detailed information on functional and non-functional earth moving equipment in their councils.

YOU MAY ALSO LIKE  Nigerian Stars: Ogbuke, Odey, Maja, Others On Target Across Europe

Secretaries of the affected councils have been directed to take over activities with immediate effect.