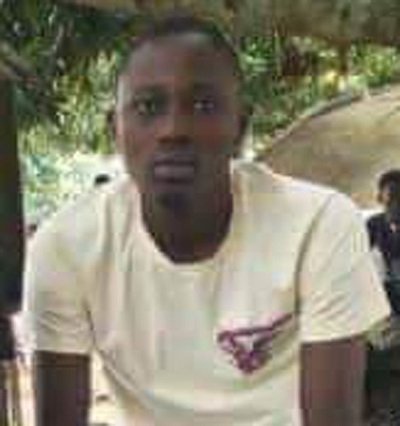 According to a report by The Nation, there was pandemonium in Iree, Osun State penultimate Saturday over the discovery of the mutilated body of a missing student of Osun State Polytechnic, Festus Adedoyin Ewejobi, in his room.

He was said to have been killed by unknown men at his residence on Popoola Street near Eyinade area of the town.

It was said that Ewejobi had disappeared four days earlier without a trace leaving his neighbours and friends worried. The development, sources said, prompted his neighbours to raise the alarm, leading to the constitution of a search party for his whereabouts.

According to sources, it was while the search for Ewejobi was in progress that neighbours perceived a stench from his room, fuelling suspicion that he might have been harmed.

His apartment was immediately forced open only to find his decomposed body riddled with machete cuts.

The matter was reported to a nearby police station while his body was evacuated to a public morgue.

A source said: “We initially thought that the deceased was out of town when he was not seen or sighted in the neighbourhood for about four days.

“Our worries about his safety heightened when we perceived a stench coming from his room. We forced our way into his room only to find his mutilated body.

“We reported the matter to the police divisional headquarters in the community and men of the station invited local government officials to evacuate the body. Family members of the deceased have also been contacted.

“From the look of things, his assailants probably trailed him to his room and killed him with a machete.’’

Ewejobi was described as an unassuming and happy-go-lucky youth who related well with his neighbours.

Another resident who spoke in confidence urged police to carry out a thorough investigation into his death, which she described as painful to residents.

She said: “Although some of his schoolmates and friends are of the opinion that his body might have been lacerated while he was struggling with sudden ill-health in bed, we believe there is more to his death than meets the eyes.

“It is a sad story. His death should be diligently investigated by the police with a view to bringing the perpetrators to justice.’’

She explained that one Opeyemi Adeshina, a student of Osun State Polytechnic, Iree, reported to the police station in the community that they perceived an offensive odour from the apartment of Festus Adedoyin Ewejobi, following which men of the station swung into action.

She said the police forced their way into the deceased’s room and found his decomposing body there.

“The police broke the padlock of the mini flat where Ewejobi’s room was situated and found the decomposing corpse of Ewejobi. We contacted the local government for evacuation.

She added that the body of the deceased was released to his family and that he has since been buried.

“No foul play was suspected because the entire body was examined. The family of the deceased was contacted and he was buried the day after the corpse was discovered,” she said.

The post Pandemonium As Osun Polytechnic Student Is Found Dead Inside His Own Room appeared first on illuminaija.