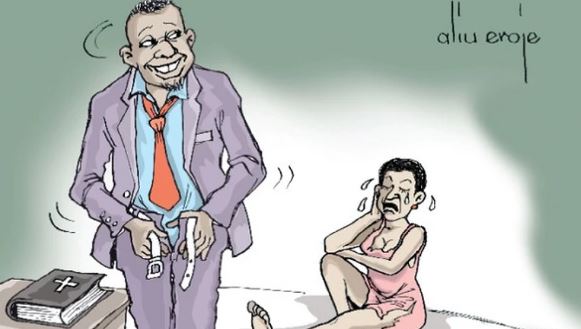 The Oyo State Police Command says it has arrested a self acclaimed pastor who lures his female victims to his hideout and rapes them after disposesing them of their belongings.

The News Agency of Nigeria (NAN) reports that the suspect was one of the 29 paraded by the command on Monday in Ibadan.

The Commissioner of Police in the state, Shina Olukolu, said information about the suspect got to the office of the State Anti Robbery Squad (SARS) in Oyo on Aug. 15.

Olukolu said that the suspect specialised in luring unsuspecting female victims to his hideout at Awe town where he allegedly rapes them.

According to the police chief, the suspect will then dispose the female victims of their belongings as well as engage in ” spiritual cleansing” for ritual purposes.

He said some items including a cell phone was recovered from him.

“One Infinix cell phone with which he took obscene pictures of his victims was recovered from him.

” He claimed to be the pastor of one Gospel Ministry Commission based in Bashi Quarters in Awe upon interrogation.

“His confessions led to the arrest of one of his accomplices, an alleged quack medical practitioner who performed abortion on one of his victims,”

NAN reports that the police also paraded another suspected rapist who made video recordings and took obscene pictures of his sexual activities with the victims in order to blackmail them after posting them on the internet.

Olukolu said that two jack knives and a Mazda car were recovered from him.