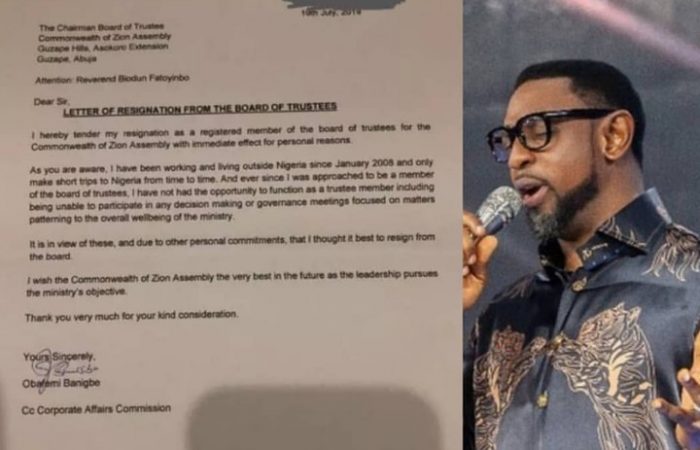 Three weeks after Pastor Biodun Fatoyinbo stepped down as Senior Pastor of the Commonwealth of Zion Assembly (COZA) over allegations of rape brought against him by Busola Dakolo, a board member of the Ministry has resigned.

In a letter addressed to Pastor Biodun Fatoyinbo dated July 19th, Obafemi Banigbe said he was no longer interested in being a member of the COZA Board of Trustees, thus he tendered his resignation “with immediate effect and for personal reasons.”

YOU MAY ALSO LIKE  Stray Dogs Kill 6 Children, Wound Dozens In Northern India

Pastor Banigbe is the first member of the church’s board to tender a public resignation from the ministry, after Pastor Fatoyinbo stepped down on a leave of absence amidst immense pressure mounted on him by Nigerians.