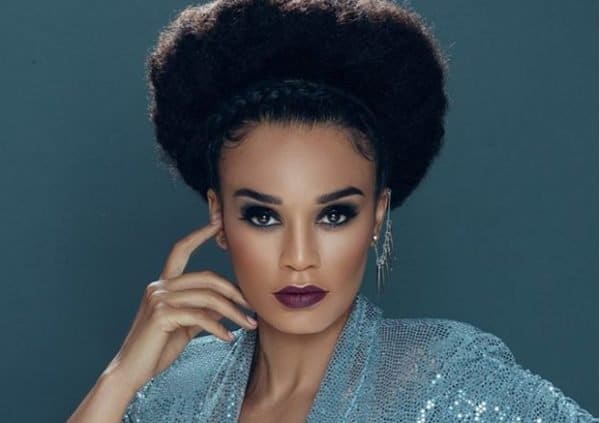 Media personality, Pearl Thusi is always known to always give back any hate or negative word thrown at her.

The star is one of the most talked about celebrity in South Africa and anytime she is called out by a troll, she sure she hit back unapologetically.

Recently, Pearl went on a rant when labelled a “transphobic sympathiser”, after discussions about the LGBTQI+ community popped up online thanks to popular YouTuber MacG’s transphobic comments.

Pearl said the criticism comes from a place of hate, urging the public to stop labelling her at any given chance.

YOU MAY ALSO LIKE  “Nigeria’s Population Now 190 Million” – NPC

“Transphobe sympathiser … me?!? Anyone who think that shot about me is a joke. Rather just say you hate me and leave it there – stop trying to label me so you can justify. I’m not going to argue. But seriously.”

She also took the opportunity to call out “black Twitter” for silencing those who support her.

Many of her fans started to call her out for always reacting to any negative comment about her.

A tweep called her out, saying that she needs to stop entertaining the haters, as it makes the situation worse.

The post Pearl Thusi to a Tweep: “I’m too ghetto to keep quiet every time I’m disrespected” appeared first on illuminaija.