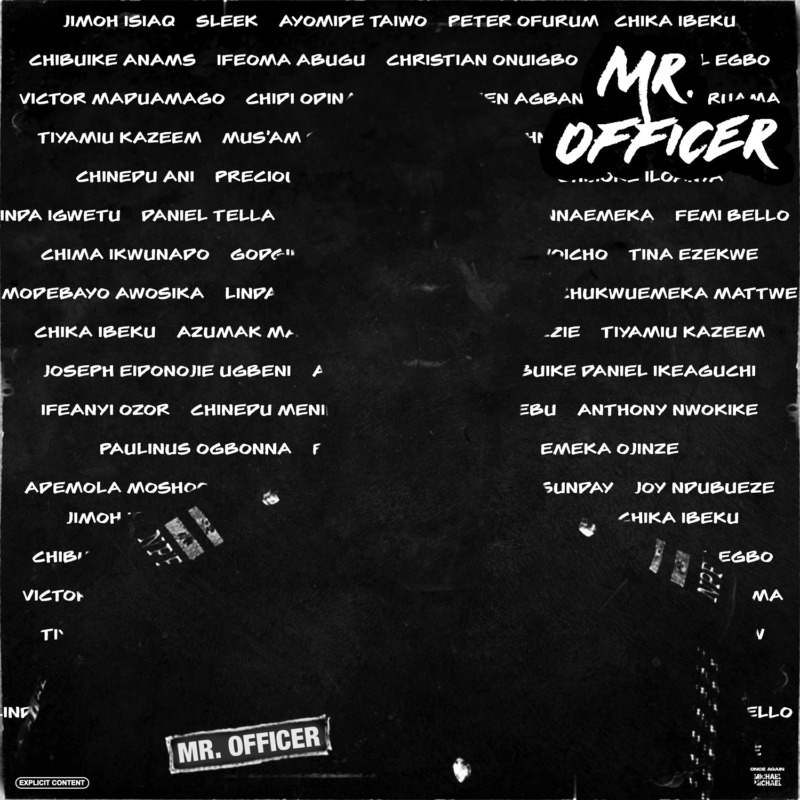 Following the unjustified killing of the Nigerian youth by the Law enforcement agencies who put a target on their heads for being young, smart and innovative. As a matter of fact, for whatever reason they deem fit, the Nigerian youths in solidarity against police brutality, bad governance seized major motorable roads in different parts of the country for 12 days peacefully until they were forced to retreat via violence, and the infringement on their fundamental human rights with lots of lives lost.

Nigerian singer, songwriter and producer, Phizbarz has highlighted some of the challenges of the Nigerian youths in his new single “Mr Officer“. With lyrics that describe how the Nigerian youths are treated like strangers in their fathers land by the officers who should protect them and the use of electronic devices and gadgets (laptop & iPhones) being contraband, being profiled as criminals for dreadlocks and many more.

This is a song worth listening to as most Nigerians can relate to it perfectly, especially in our time of despair and pandemonium.

The song is produced by Phizbarz himself while mixed and mastered by Synx.

United we stand and divided we fall as well as a man who stands for nothing falls for anything, the true definition of #mrofficer.