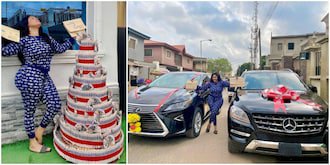 There is no doubt that 2021 started on a good note for actress Biodun Okeowo popularly called Omoborty as she recently took to her social media page to share a huge testimony.

In a post she made online, the well-endowed actress revealed that she paid for a car last December but made a balance of the payment a few days ago after sealing about three huge endorsement deals that she’s yet to unveil.

On the morning of Wednesday, January 13, the actress said her car dealer and a surprise company came to her house and stunned her by their actions.

According to Omoborty, as soon as she stepped out, a huge money cake was the first thing that caught her attention.

Then she saw a car which was not what she paid for. When the actress asked for her own car, she realised it was parked behind the first car that she saw.

The actress said her car dealer revealed that someone contacted them to deliver a second car to her as a gift.

Dancing happily, the actress expressed gratitude to God while praying that he would perfect what he has started in her life. 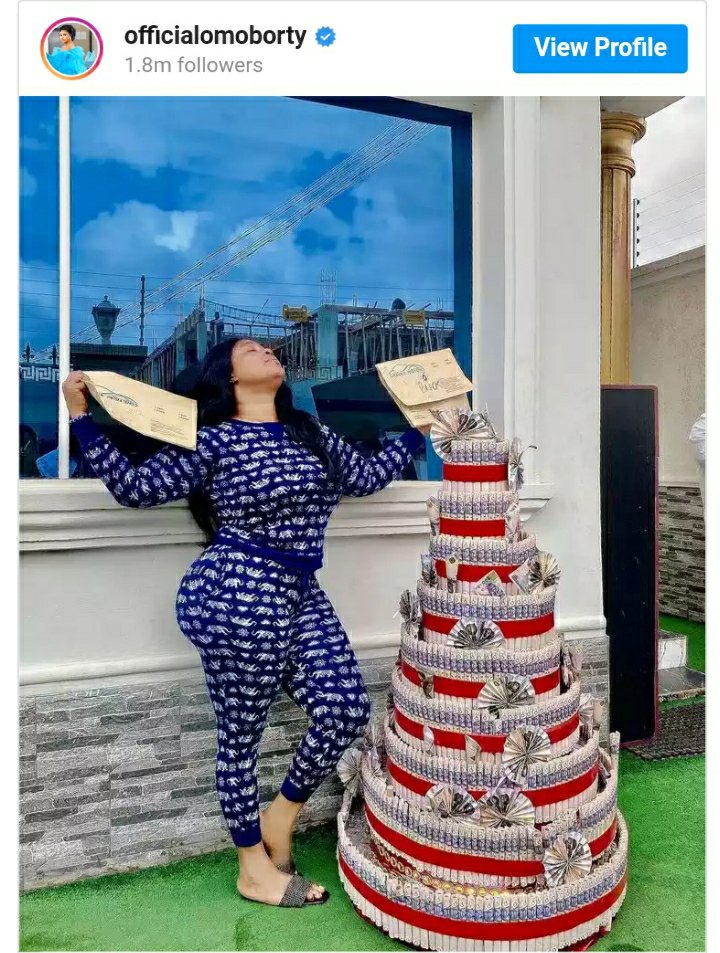 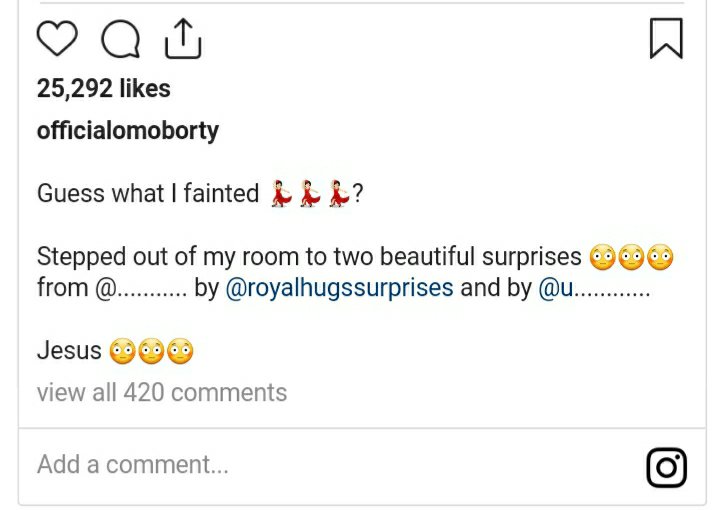 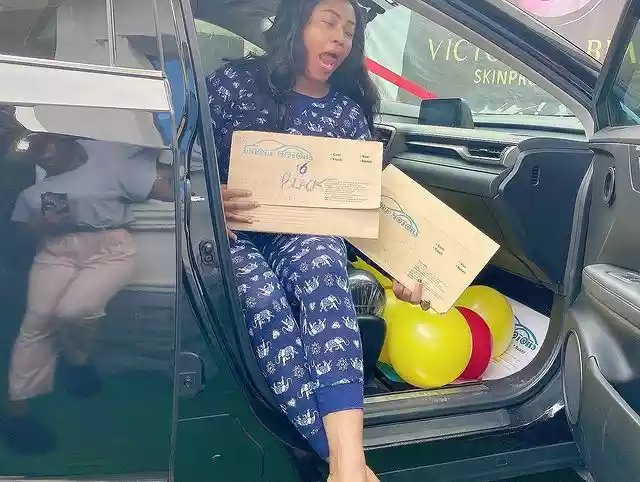 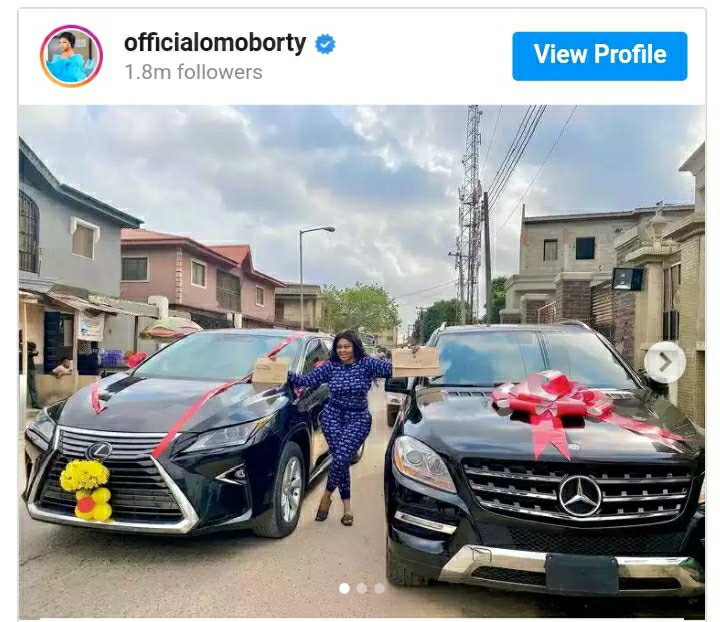 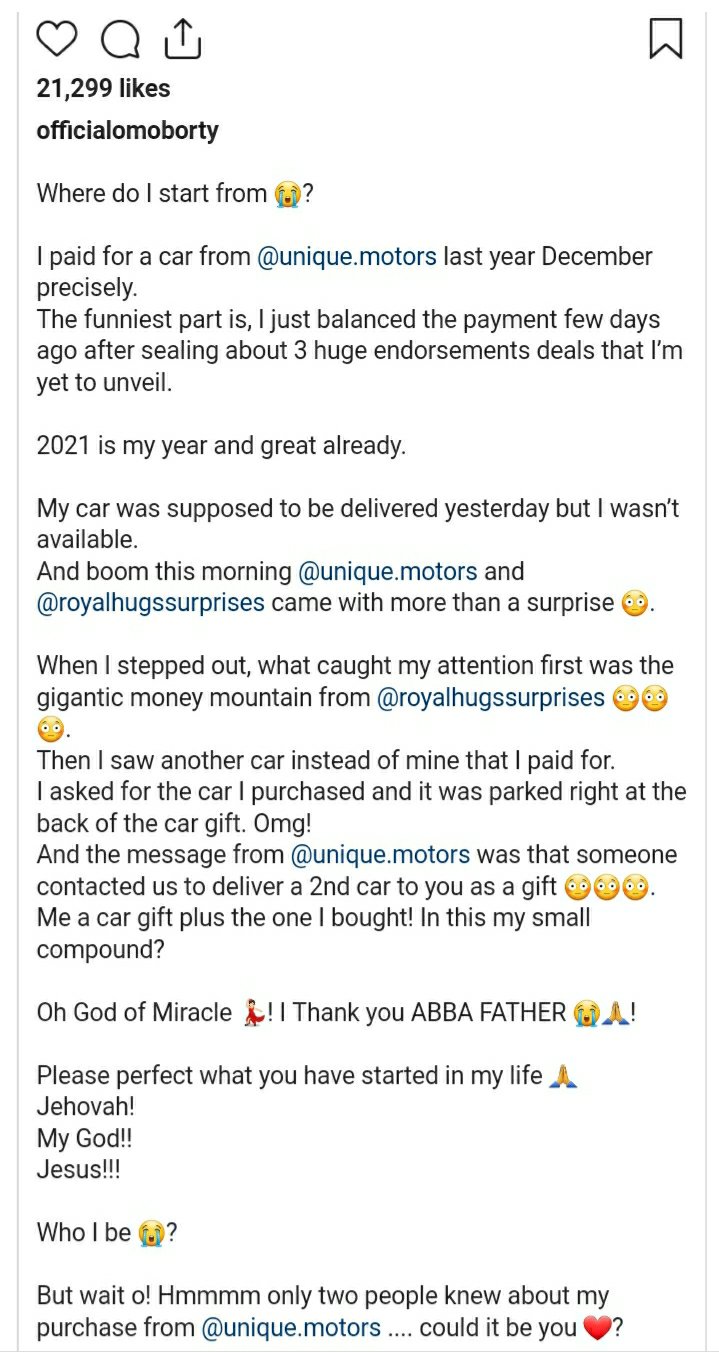 The post Photos: Actress, Omoborty gets huge money cake, car gift alongside one she bought with her money appeared first on .