Luckyboy Mokoena, a versatile defender and midfielder has caught the attention of Orlando Pirates  who are taking it into consideration to strengthen their defence for the upcoming season 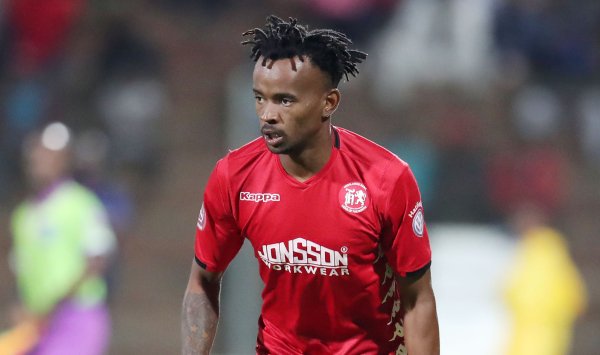 Mokoena, who currently plays for Highlands  Park and might return next season under the disguise of GladAfrica side – TS Galaxy in truly the Lions of the North give over their status to Tim Sukazi.

“Pirates want to have consistent players particularly at the back and players like Mokoena and Thulani Hlatshwayo are such players who have proven to be reliable for their clubs and that is the kind of quality that the Buccaneers are looking for,” said a source.

YOU MAY ALSO LIKE  Code Of Conduct Bureau’s Refusal To Disclose Asset Declarations Of Presidents, Governors Illogical - Falana

Moreover, players of Highlands have decided not to train on Monday until there is a clarification from the management as regards the sale of the club.

The Lions of the North are at the edge of selling itself to GladAfrica Championship side – TS Galaxy, but the players have been left in the dark concerning the sale of the club.

“They then decided not to attend training until someone tells them what is going on,” said a source close to Highlands.