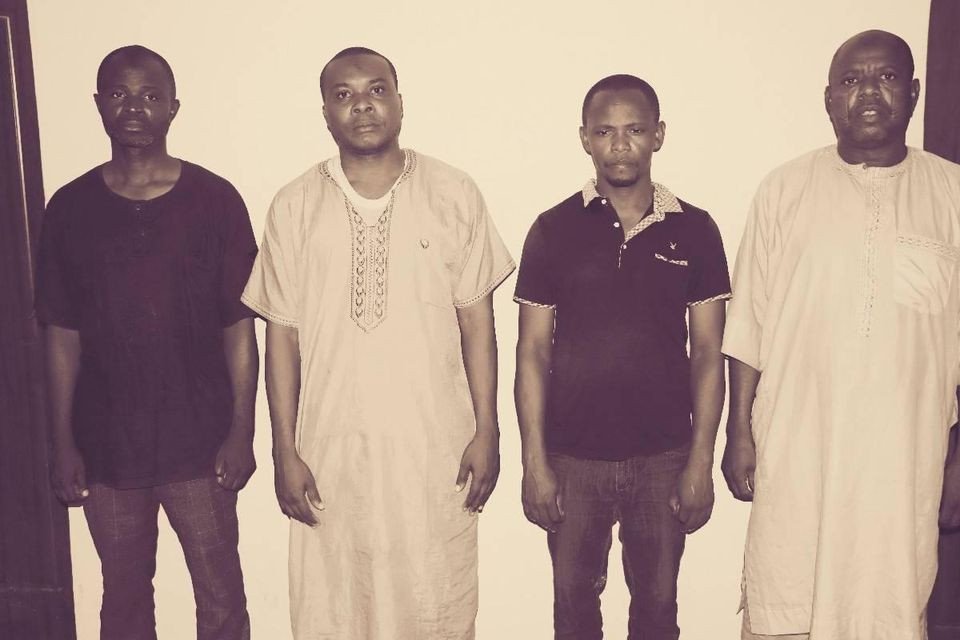 Spokesman for the command, ASP Wasiu Abiodun, who confirmed the arrest on Tuesday, September 22, named the suspects as Sule Idris, 50, Suleiman Abubakar, 37, both of Tunga-goro Minna, Suleiman Garba, 41, of Gidan-kuka Minna, and Bright Echebini, 40, of Tunga Minna

According to Abiodun, the arrest was made on September 16, by Police Operatives attached to Chanchaga division.

“The initial three suspects were arrested for presenting fake certificates of Niger State College of Education Minna at the screening centre, during the ongoing State Government screening exercise,” he said.

YOU MAY ALSO LIKE  80 Nigerians: ‘All Ethnics Have Their Own Criminals’ – FFK Defend Igbos

“In the course of investigation, the suspects confessed to have conspired and contracted the said Bright Echebini as the printer of the forged documents. He was later arrested while some other forged documents were also recovered from him. Case under investigation.” he added.