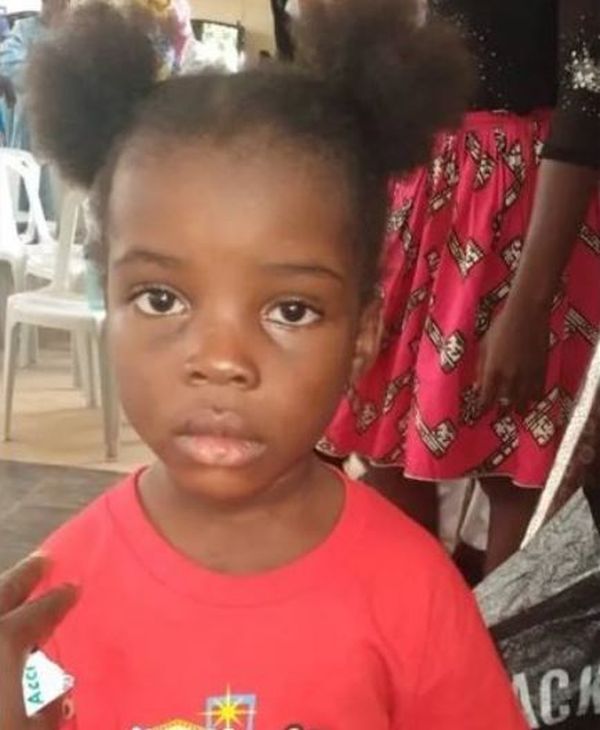 Operatives from the Ondo State Police Command on Wednesday arrested Mrs. Babalola, for her alleged involvement in the death of her daughter, Miss Testimony, in Akure, Ondo State.

The little girl, Testimony, was allegedly beaten to death by her parents last week over allegation of being possessed by evil spirits.

Babalola allegedly rushed the daughter, Testimony, who was unconscious as a result of severe beating, to the Ondo State University Teaching Hospital, Akure, where it was confirmed by a doctor that the 4-year old girl had died before reaching the hospital.

A mild drama ensued after the girl had been confirmed dead by the doctor; Babalola fled the hospital with the girl’s lifeless body to an unknown destination. Since then, the Ondo Police Command began a search for the parents of the girl.

One of their neighbours confirmed that the little girl used to be tortured by her father, Mr. Felix Babalola, after he was told that she was possessed by evil spirits in a church.

After the incident on Saturday last week, it was learnt that the residents of Ikare Akoko Community, Ondo State, allegedly prevented the men of the Police Command from arresting the couple.

The Ondo Police Public Relations Officer, Mr. Femi Joseph, confirmed the arrest of Mrs. Babalola. He noted that the father of the deceased, Mr. Felix Babalola, was still evading arrest.

The Police Spokesman said, “We have arrested the mother of the girl but we are yet to arrest the father. I can assure you that he would soon be arrested while our investigation is still ongoing on the matter”.