According to a statement released by Mba, the invitation is a sequel to an on-going police investigation into the rape scandal involving Busola Dakolo, COZA senior pastor Biodun Fatoyinbo and others.

Mba appealed for calm and reassured Nigerians that the Police Force under the watch of the Inspector General of Police Adamu Mohammed, will remain professional, impartial and unreservedly committed to the pursuit of justice in this case and all other cases before it.

“It is important however to note that a Police Invitation Letter is not synonymous with a Warrant of Arrest, and must not be construed to be one. Rather, it is a polite investigative tool used in eliciting information voluntarily from parties to aid police investigations.’

And that ‘members of the public should see it as a legitimate act in line with the constitutional mandate of the police, which among other things include the investigation of all complaints brought before it.’

the statement read Recall that Timi via his Instagram page, raised alarm after the policemen stormed his house in Lagos. For fear of a possible attack by the men, Timi vowed to fight for his wife and his children. He wrote ‘I will fight for my wife and my children -it’s the promise I made with my life and one I intend to keep.

YOU MAY ALSO LIKE  “It Won’t Be Better For EFCC” – Naira Marley Declares, During A Show In Dubai (Video)

I will defend them from the unrelenting attack of a weak man who thinks he can use money and power to cover for all of his crimes.’

See photos of the police statement below; 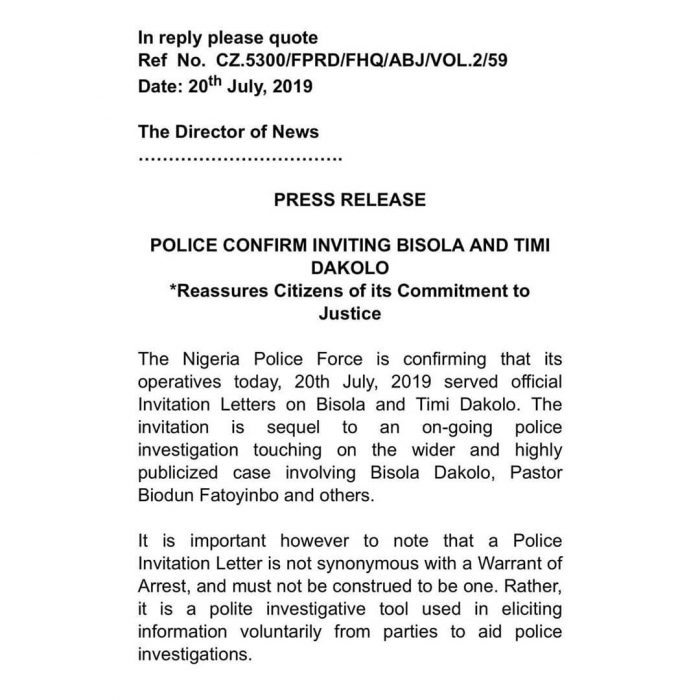 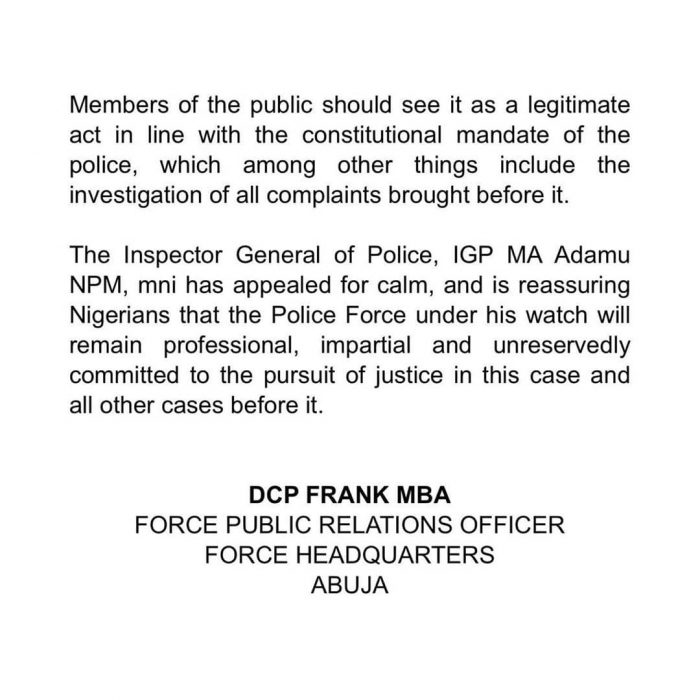