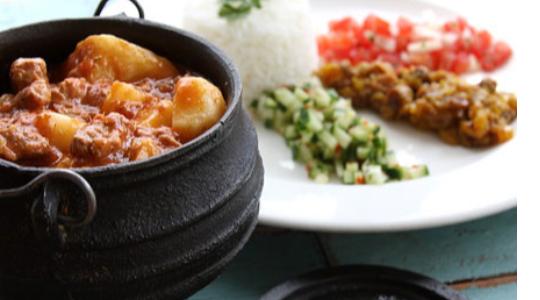 In South Africa, a potjiekos literally translated as “small pot food”, is a dish prepared outdoors. It is traditionally cooked in a round, cast iron, three-legged pot, in an open space. 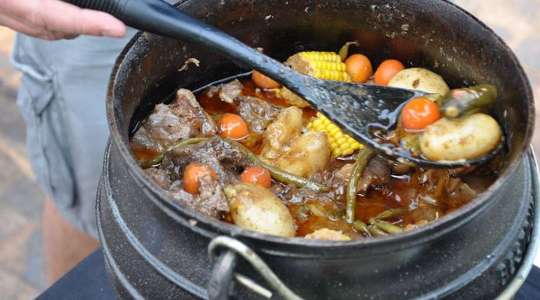 The dish consists of a variety of ingredients, typically meat and vegetables, dating back to the 1500s and epitomizes South African cuisine, rivaled only by the ever-so-popular braai.

The origin of potjiekos 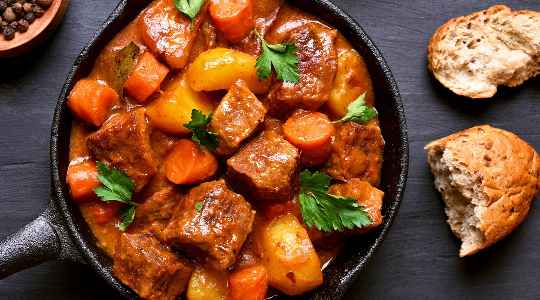 The original hutspot recipe came from the cooked bits of vegetables left behind in pots by Spanish soldiers during the siege, which the hungry Leideners then ate. The dish became a symbol of their victory and has been adapted to modern times.

When the Dutch settlers arrived in the Cape in 1652, their tradition of cooking in cast-iron pots came with them. These containers were ideal for the time, as they retain heat extremely well and as such food simmers for hours on end – resulting in tender roasts and stews. The pots were also perfect for storing meat until the next cook.

YOU MAY ALSO LIKE  UNIQUE PEOPLE! See Mindblowing Facts About Ethiopia That You Probably Didn’t Know

‘Breaking in’ a new pot is essential

A new pot should be ‘broken in’ to get rid of iron tastes and any residue. The inside of the pot should then be scoured with sandpaper, washed, and greased with fat, after which a mixture of leftover or old vegetables should be cooked in the pot for a few hours.

The pot should be rinsed with warm, soapy water and the inside coated with oil or fat after each use, to prevent rust.

The basics of making potjiekos

The best meat to use for potjiekos is stewing beef, but venison, mutton, chicken, and even fish make ideal potjiekos. 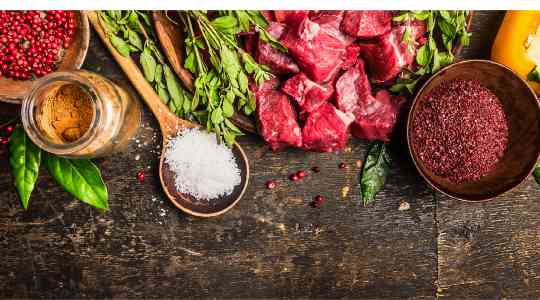 It’s important to layer ingredients when cooking a potjie. Meat should be added first and sealed properly. Once the meat is almost cooked, add onions, garlic, herbs, and a liquid-like stock, or red wine, and stir.

Vegetables should then be stacked on top of the meat, in order of their cooking times, more liquid added, and then left to cook. A potjie should not be stirred until ready to serve.

Charcoal or wood for the fire? 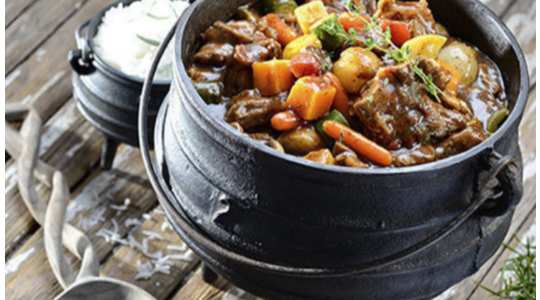 Use either charcoal or wood to make a fire, making sure that the heat can be regulated. This will be done by adding or removing coals once the potjie is cooking. A potjie must cook for a few hours, so it’s important to start the fire well in advance.

The post POTJIEKO | See Why You Need To Have A Taste Of This South Africa’s Favourite Stew appeared first on illuminaija.