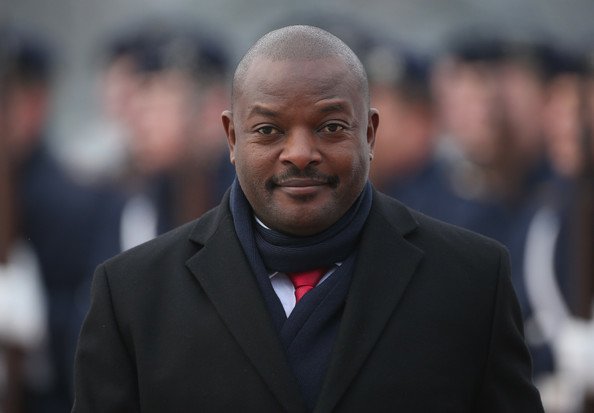 The government of Burundi has just announced that President Pierre Nkurunziza has passed on.

Pierre Nkurunziza, who has been in power since 2005 was due to be replaced in August by Evariste Ndayishimiye, who was announced the winner of a May 20 presidential election.

In a statement released on the official Twitter page of Burundian government, the 55-year-old suffered a heart attack. He was admitted to hospital on Saturday after feeling unwell, his condition improved but on Monday he had a cardiac arrest and efforts to revive him were unsuccessful, officials say.

YOU MAY ALSO LIKE  247News: Enugu Police partner ministry over cult activities in schools 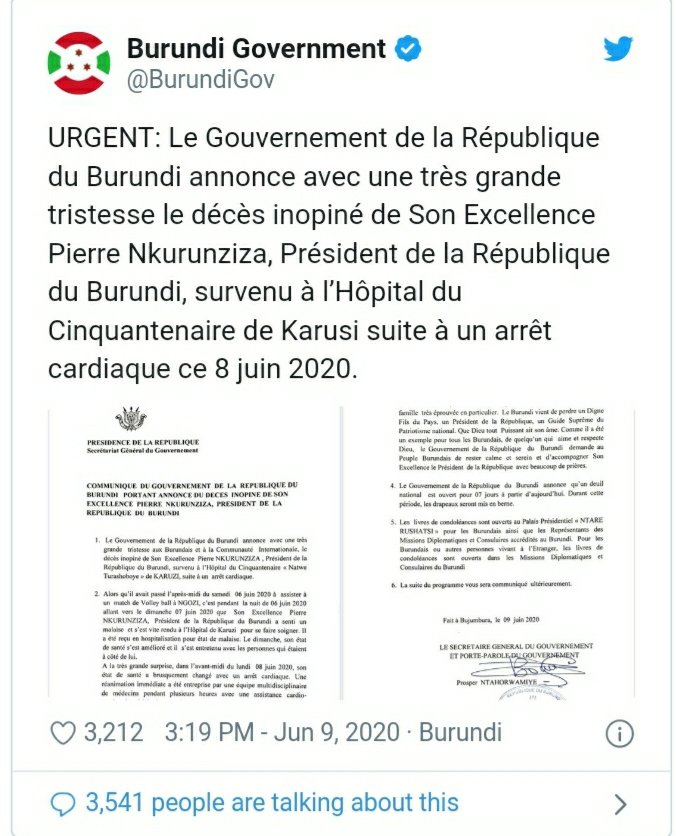 The post President of Burundi, Pierre Nkurunziza, dies of heart attack after 15 years in power appeared first on .