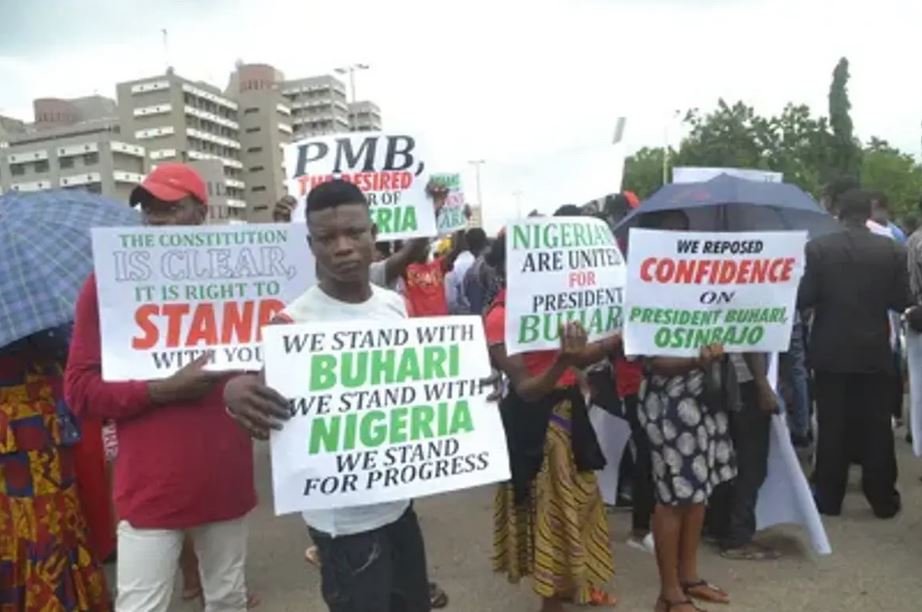 Following the on-going #EndSARS protest in the country, a coalition ‘I stand With Buhari’ has announced its plan to to hold a 10 million-man march in support of President Muhammadu Buhari.

The Convener of the group, Ogochukwu Ezeaku, said this during an interview with The PUNCH on Monday, adding that he was positive that they would get a favourable response from the police.

He said the march would take place at the Unity Fountain, Maitama, Abuja, on Wednesday.

Ezeaku said, “We have informed the police and I am sure there will be no problem.”

When asked if there would be no clash with #EndSARS protesters, Ezeaku said, “We know the End SARS people to be peaceful. Besides, our protest will take place in one spot which is the Unity Fountain.”

The convener said the march was conceived to show the President that the majority of Nigerians were still with him.

In a separate message on Facebook, the group stated that they would support the #EndSARS movement as long as it focuses on police excesses.

It said the moment the protesters called for Buhari’s resignation, they would also launch a counter-offensive.

“Many Buharists support #EndSARS but the moment you change the protest to any other silly hashtag you will know that we are 15 million strong!” it said.

YOU MAY ALSO LIKE  PHOTOS!! Former US President Obama’s 15 Year Old Daughter, Sasha Causes Uproar With Her ‘Free For All’ Undies Dress!!I

AKA and Cassper Nyovest fight over topping album charts